The Hidden Job Market: Unconventional But Effective Ways of Scoring Jobs with the Wealthy 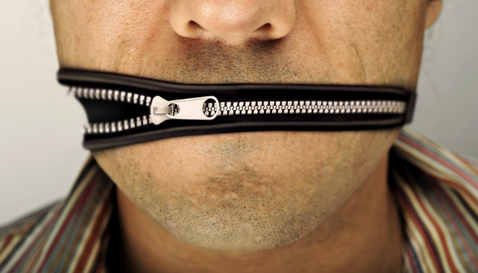 Breaking the Hidden Job Market
Hands down, without even a second thought, the biggest surprise of my career when working with millionaires, billionaires and royalty would be that how easy it is to score a job with them.

​​Remember, I have been on both sides of the fence with ultra-high net worth families: as an employee and a recruiter. Breaking the "hidden job market" is not as hard as you think. Here's how:

What is the hidden job market?

Essentially, the hidden job market is referring to jobs that are obtained by word of mouth. They aren't posted on a job board, social media (LinkedIn, Facebook, Twitter) or scored through recruiters.

​Tap your brain to find a job

Now, here's is the dirty secret that a recruiter or hiring manager won't tell you: An employer doesn't like using employment agencies to get candidates, they would rather get staff through a current employee -- a referral. So connections are very important. There are many reasons for this, namely:

1. The cost is expensive; and let's face it, billionaires can be thrifty. Retained-search recruiters are going to charge about one-third of the total compensation package to the client to fill the job opening. So, let's say the salary for an Executive Assistant costs $150,000 with health insurance and other benefits, then the agent will charge a whopping $50,000 to the client.

​​2. A violation of privacy (in a way): Billionaire employers are incredibly secret, and when they go to an outside third party for consulting about staff for their private job opportunities, they have to "tip their hand" -- figuratively speaking. They hate that, really!

The high-net-worth individual (or a company that represents them) is going to be "interviewed" by the recruiter because the company that is going to "headhunt" the candidates will also have a very solid reputation; otherwise, the billionaire wouldn't be going to them in the first place. The recruiter has to ensure that everything is legal and that the job description is thorough. In short, the wealthy feel compromised in some way going through this process.

Remember, all of the PA jobs I got with celebrities, billionaires and royal families were on my own -- and I didn't have a college degree either (at the time). I have since obtained my BA and master's degree because it's something I wanted to do for personal reasons.

When I worked for the ultra-elite and I would hire staff for a new job that we had open, I never went through a recruiter -- not once. And now as a headhunter, when I interview candidates and asked them how they scored their last job with a celebrity, they usually say it was through "a friend of a friend." In short, networking. A news article won't help you so much, but friends will, so focus on who you know.
​
A word to the wise: Be careful what you post on social media when you're looking for a job. Employers prefer to fill job openings with candidates who watch their presence online. Professionals don't make silly mistakes, so always beware of what you're posting.

What does "high net worth" actually mean?

The high net worth statistics are staggering
It's a great question, and it's largely misunderstood. I get emails weekly asking about this. Before we get to formal definitions, let's look at an important statistic. The U.S. Census Bureau lists the annual median income at about $35,000 in 2022. Now, it does matter how you sort the data, and different companies play around with averages, mean and median; but this is just a rough starting point.

High net worth (HNW) means that an individual has a "net" (cash) worth of at least 1 million dollars. Of course in the "old days" this was something substantial, now it's not even enough to retire on, so don't give up your job search. We are now seeing the term ultra-high net worth (UHNW), which refers to people of extraordinary means: tens of millions or hundreds of millions of dollars.

It may be hard to believe, but back in the early 1900s when the titans of industry and other high-profile industrialists had monopolies on many industries, some of them were 10 times wealthier than Bill Gates (in today's money adjusting for inflation). That's a lot of cash, but it only applied to a small handful of people. Can you imagine doing a job search back in those days?

​During the 21st century, the wealth statistics are staggering, and there are many high-profile news articles to support it. We have always heard of the term "the rich get richer;" well, that's truer today than it has ever been. The depth and breadth of the wealth is vast. There are more than 2,500 billionaires in the world, and about 600 of them are in America. They are scattered throughout the country, not just in Los Angeles or New York City. In other words, it would take candidates years just to send a resume to the billionaires. You can start tapping the hidden job market and try to connect to them.

Also in the U.S., there are about 10,000,000 millionaires -- 200,000 per state. Again, impossible to send a resume to all of them because there are so many, so contact friends for referrals (or they might give you tips for free). What else are friends for?

And for the super-rich category, this is the most impressive. There are more than 60,000 households in America with net worth between 50 and 500 million dollars. Again, jobs with them won't be advertised, so you have to express your interest by sending them a letter and a polished resume.

What this all means is that the opportunities to work for the super-rich are unmatched in history. These families employ small armies of staff to meet their needs, and the "hidden job market" means that about 85% of those jobs are obtained through word of mouth.

How to score the dream jobs in the hidden job market 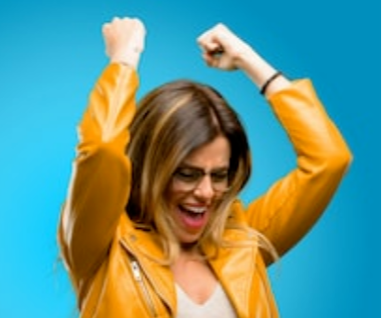 Winning the job isn't luck, but planning
Now that we know there are literally millions of high-net-worth families out there, there are too many to choose from; so you need to narrow your list and be strategic. Here are some unconventional ways that you can score jobs with the super-rich. In my opinion, you have a much better chance of landing a job with a billionaire than you do applying on Monster.com to some random gig. When jobs are posted online, they could receive thousands of applications. It's better to crack the hidden job market and try some of the following techniques and take the road less traveled.


Networking on LinkedIn is your first and most effective line of defense for job seekers. Searching for positions online can work, but you are effectively competing with thousands of other candidates. If, for example, you want to be an estate manager or assistant to a high-net-worth family or local celebrity in your city, use LinkedIn to find others that already work for the VIP. Send a short and sweet note asking about any open positions. If you have optimized your LinkedIn profile and impressed the person you contacted, then they could keep your name on file for when a position does open up.

Contacting exotic car rental establishments in your area, believe it or not, is a great way to get some leads. Any facility that rents high-end brands like Lamborghini, Ferrari or Rolls Royce is going to know about the high-net-worth families in the area. Of course, you have to approach them with tact, but you can establish a professional relationship with them by browsing their showroom (pretending to be looking for your "imaginary" boss of course). It goes without saying that those kinds of businesses also have relationships with other vendors that cater to the upper echelon. Thinking out of the box like this will generate new leads for yourself. Again, take the road less traveled.

Executive protection agencies are always in need of personal assistants for their clients. If they have a visiting celebrity, for example, the security personnel (often off-duty police officers or retired secret service agents) will not act as an errand runner for the VIP. So, when a security detail is hired for a visiting billionaire, it’s very common for an assistant to be part of the entourage.

Five-star hotels in your city are also a great way to generate leads. Connecting with the concierge desk, especially, because they work closely with the high-net-worth families and vendors in the area. They know a lot more about what’s going on in town then you can imagine, and you're off the traditional path to land interviews this way. Fancy hotels are not just for people from out of town, they are often havens for the ultra-rich in the area (especially during wedding season). You have nothing to lose by seeing if they are interested in helping you. Just don't ask them to sign an agreement.

Private jet companies could be a fabulous way to score a job. It goes without saying that anyone that can afford to fly privately can afford a personal assistant. Several well-known celebrity PAs in Los Angeles and New York city actually started as in-flight attendants in the private aviation world, and then were "poached" by well-known celebrities to work full-time.

Your local embassy, of course, deals with dignitaries, royal families and diplomats throughout the world. If you have the right background, you could be hired to assist visiting VIPs and could then parlay that into a full-time position. In the end, the more you build your network, the better your chances for having your dream job.
FILED UNDER: advice, job strategies, resume, news, join newsletter, employees, job search, hiring managers, hidden jobs, tap the hidden job
​READ MORE LIKE THIS >>