About Our Founder Brian Daniel 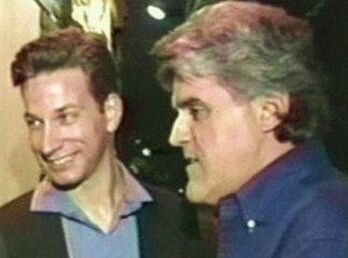 Brian Daniel and Jay Leno
Act One: The Beginning
.
Brian Daniel is the world's highest profile subject-matter expert when it comes to placing assistants with celebrities, high-net-worth families and billionaires.

He is the founder of The Celebrity Personal Assistant Network and is no stranger to the service industry. A 25-year veteran himself, Brian started out as a Personal Trainer to Hollywood's elite. After landing his first high-profile client in a posh Beverly Hills gym, Brian's referrals began to pour in. He was soon rubbing elbows with some of the top agents, producers, managers, lawyers and publicists in the mainstream entertainment industry.
.
Eager to become a refined business professional, Brian eventually branched into hospitality. After a lengthy interview process, he landed himself a job in the Front Office of a world-famous Los Angeles-area hotel known for their celebrity clients. During Brian's tenure at the property, he received multiple 5-star service awards for outstanding service above and beyond the call of duty. Since the hotel has long been a hot spot for galas, press junkets and high-profile weddings, Brian regularly had the privilege of interacting with the world's most distinguished celebrities and high-net-worth individuals, which led to his first personal assistant gig to a member of American aristocracy: the Johnson & Johnson family.

After several years of personal assistant jobs to celebrities and high-net-worth individuals, Brian was recruited by a world renowned "Voice Coach to the Stars," where he spent three years as the Executive Personal Assistant and Estate Manager to the famous coach's Hollywood Hills home. Working for the acclaimed Voice Coach was almost like being at an Academy Awards party. Because the Voice Coach has over 100 A-list celebrity clients, it was like an awards show every day with all the talent parading into the studio. 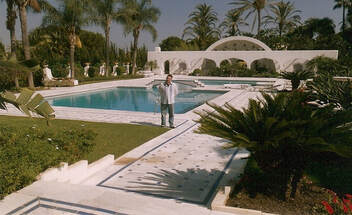 Working at the Saudi palace
Ultimately, another once-in-a-lifetime opportunity came knocking at Brian's door, and that was the chance to work with The Royal Saudi Family. He was hired on as their Chief of Staff and was in charge of other subordinate personal assistants, drivers, maids, nannies, security personnel, estate managers, nurses, massage therapists, chefs, personal shoppers, valets, and private tutors.
.
While in the employment of the Royal Saudi Family, Brian traveled extensively throughout the United States, Europe, Asia and the Middle East. After nearly two years of duty, he decided to return home and start The Celebrity Personal Assistant Network, the industry's most prestigious employment agency for celebrities, business moguls and icons of industry.
.
Just some of the worldwide media outlets Brian Daniel has been featured in include: Forbes.com, Aol, Yahoo! and Entrepreneur; and he has also consulted on many high-profile projects for E! Networks, Paramount Television, NBC/Universal, and ABC News: 20/20 -- just to name a few.

Brian's career articles have been featured on LinkedIn next to "influencers" like Bill Gates and Richard Branson. He holds a BA degree in Linguistics (Intercultural Communication/English) and a master's degree in Education, which he decided to get to be an expert in training. Brian has also taken professional development classes from Harvard, Oxford, and MIT -- just to name a few.