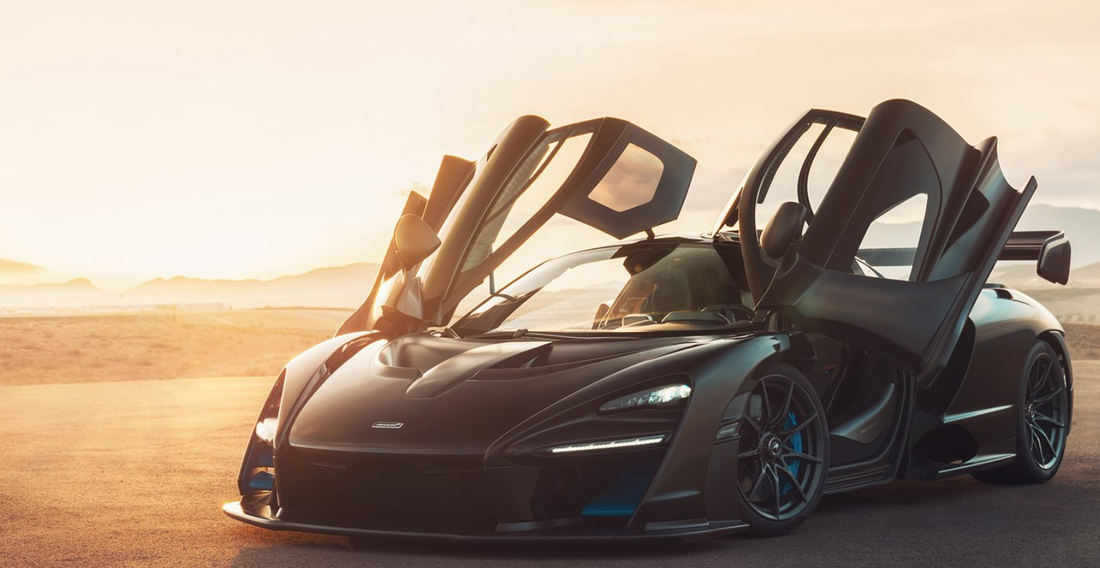 Management of a billionaire car collection

If you're a personal assistant to a billionaire or high-profile celebrity, then chances are that your boss has an exotic car collection of luxury vehicles. As the PA (or estate manager) you will be in charge of the care and preservation of the collection.
​
Just some of your duties and responsibilities for the supercars would be to have them maintained. Luckily, that chore does require that you drive the cars because if you don't, the engine will seize up and the gasoline becomes sludgy.

A supercar garage for the high net worth 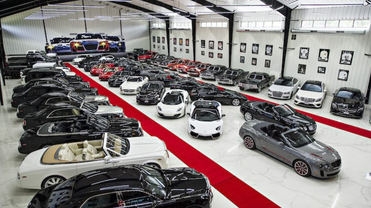 Billionaires toys
No article about an exotic car collection would be complete without a list. Here are just some of the cars you would expect to see in the warehouse of the high net worth:
​
Bugatti, McClaren, Koenigsegg, Pagani, SSC North America, Bentley, Lamborghini, Ferrari, Mercedes, BMW, Jaguar, Aston Martin, Audi, Lotus, Porsche, Bentayga, Maybach and Rolls Royce. Of course this list isn't exhaustive because there are exceptionally rare cars that one wouldn't think of like a special Honda and Cadillac that might be a million dollar car. ​

Rolls Royce are among the favorites of the "rich cars"

When billionaires like Jeff Bezos buy big collections, it often makes the news. Ambani in India is another one of them. Jay Leno would have to be a sort of Ambani of America, as he has one of the world's most prestigious collections.
​
Regardless of which continent you live on, having just one model of Rolls Royce won't do. Some of the most popular and expensive models you will see in 2022 include: Corniche, Twenty, Phantom, Silver Wraith, and the Silver Ghost.

A billionaire car garage for the richest 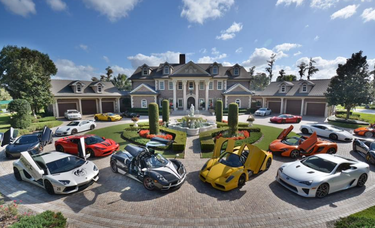 Luxury exotics at the mansion
Some of the other most astute car collections exist in the Middle East. Billionaires like the Sultan of Bruni is rumored to have one of the world's most extensive collections. Some rumors claim the collection is worth more than a billion dollars. Since the cars are in a private collection, one just can't Google a list because what he owns is secret.
​
In fact, there is one Youtube video (below) which is dedicated to the topic, and the video has quite a few comments. A car collection that is actually published, like Jay Leno's, is much easier to track.

Mansions with cars are all around

Mansions with cars exist if virtually every major city in the world: Los Angeles, New York City, Monte Carlo, Beijing, Shanghai, Rome, London, and Mumbai -- of course these locations are billionaire capitals of the world.
​
A good garage will have a variety of cars that aren't necessarily related. Contrasts are good. For example, why not park a Ford Model T next to sports car like a Ferrari.

How to measure an engine with a liter

Million-dollar racers
When your personal assistant or estate manager handles insurance and registration for the owner of the fleet, accuracy is important. Older cars, for example, don't often have accurate paperwork if a car has been restored. You may save money if you report that the car is less powerful than it really is; but if you get into an accident, the insurance company won't cover the loss.

If the vehicle originally had a V8 but now has a V12, then say so. You should also choose the right insurance company that specializes in high-net-worth families. Super-brokers can assess your risks and make recommendations based on past experience with other clients.
​
If you're just a collector and you weren't responsible for the restoration of the vehicles, then talk to a top expert who can advise you if your turbocharged engine should be in a high-risk bracket. Finally, the year of the car makes a difference to the insurance brokerage as well.

Supercar vs Hypercar vs Megacar

"Rich cars" come in all shapes and sizes. Billionaires have contests to see who can snap up the planet's most exotic and rarest of cars. Once you have a whole garage full of million-dollar cars, there are only so many bragging rights you can have because so many others have the same thing.

Supercar: While many car enthusiasts and aficionados may argue over the definitions, we are going to give it a go. A supercar, think a classic Italian production car Ferrari, costs in the $200,000 to $300,000 range. They have more than 500 horsepower and a V12 engine. Honestly, they are the run-of-the-mill sports car, and anyone can buy one if they have the money.

Hypercar: If you've been driving your supercars and you need to bring things up a notch -- whether or not you want to impress your wife -- then a hypercar would be the next logical step. In this category, every UHNWI won't be able to get one because it's not about the money, it's about the limited availability.​
A hypercar, pricewise, is going to be in the $500,000 to million-dollar range. Cars in this category are going to be seconds above the typical zero to 60 of a supercar. Technically speaking, the hypercar will be more technologically sophisticated; but you really have to search high and low and employ a broker that knows how to find hidden gems.

​Megacar: Now we are in a rarified world. A megacar is the ultimate bragging rights. Now only are these cars for show, but every man on earth will envy you. Most will never even lay an eye on one, so you have to see them in videos. In other words, you're not likely to see one on the street, but parked in a billionaire's warehouse.

​A megacar is extraordinarily expensive -- well over one million. They can actually run into the many millions. Transports in this club are all "business" and have features like 1000 horsepower range. Anyone who owns one of these is likely a founder of a successful startup with deep pockets and well-connected. Currently, a car in this category would be the best Bugatti or Koenigsegg -- V12 of course. ​

Vehicles that are powerful, expensive, non-negotiable 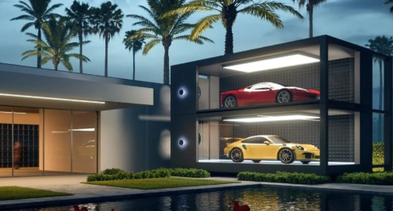 Billionaires' Ferrari cache
Now that you've read the differences and features, what do you think? Which vehicle would suit you? Is 1000 horsepower too powerful for you? Would zero to 60 in 3 seconds float your boat? These top performing vehicles the rich cars that are worth loading into your mega-mansion.

Now that it's all said and done, what's your vote? Bentley, Lamborghini, Aston, Mercedes. It would be hard to live with just a Cadillac or a Honda after reading this article. Well, until you're the richest guy on your block and be the next Ambani, then us mere mortals will have to just read about the rich and powerful buying the top rockets.
Follow us in 2022 | Filed under: India, Top read, billionaires, loading liter, related luxury, man cave