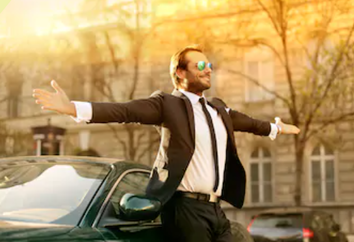 PA jobs to the UHNW
The opportunities for personal assistants and executive PAs to be employed with ultra-high net worth families has never been greater. "There has been an explosion of super-rich," says Brian Daniel, the founder and director of The Celebrity Personal Assistant Network -- a retained search headhunting firm for the world's best Executive Personal Assistants.

Daniel, who was an assistant himself to Hollywood stars, billionaires and royal families, started his own elite employment agency for the world's 1% after seeing a CNBC documentary titled "Untold Wealth: Rise of the Super Rich". In the program, award-winning correspondent David Faber cites some staggering statistics: 49,000 households have net worth between 50 and 500 million dollars -- and that was back in 2008. In 2022, the wealth has grown even more.

What that all means for the domestic staffing industry is sensational because the super-rich need small armies of assistants, house managers, nannies and lifestyle managers to be at their beck and call -- and that is where Brian Daniel comes in with his prestigious recruitment agency. "Having been a Chief of Staff for the Saudi Royal Family, I know the kind of personality it takes to serve the top-tier," says Daniel. "Additionally, I have worked for Hollywood celebrities, and I have a background in 5-star hotels as well." 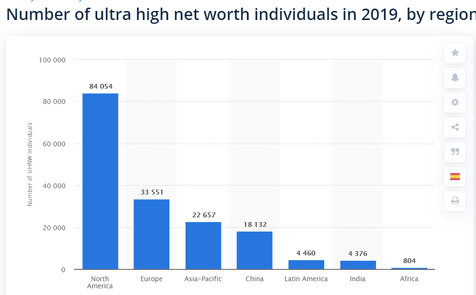 Statistica: UHNW families in the USA and Canada
The UHNW wealth statistics are phenomenal, and the personal assistant industry only keeps growing as a result. According to Statistica, there are more than 84,000 ultra-high net worth individuals in the United States and Canada. "It could take a lifetime just sending your resumes to the super-rich in your area," says Brian Daniel; so he recommends creating a targeted list based on your specific skill set. That way you're not wasting your time sending our personal assistant CVs to anyone who won't actually hire you.
READ MORE LIKE THIS >>