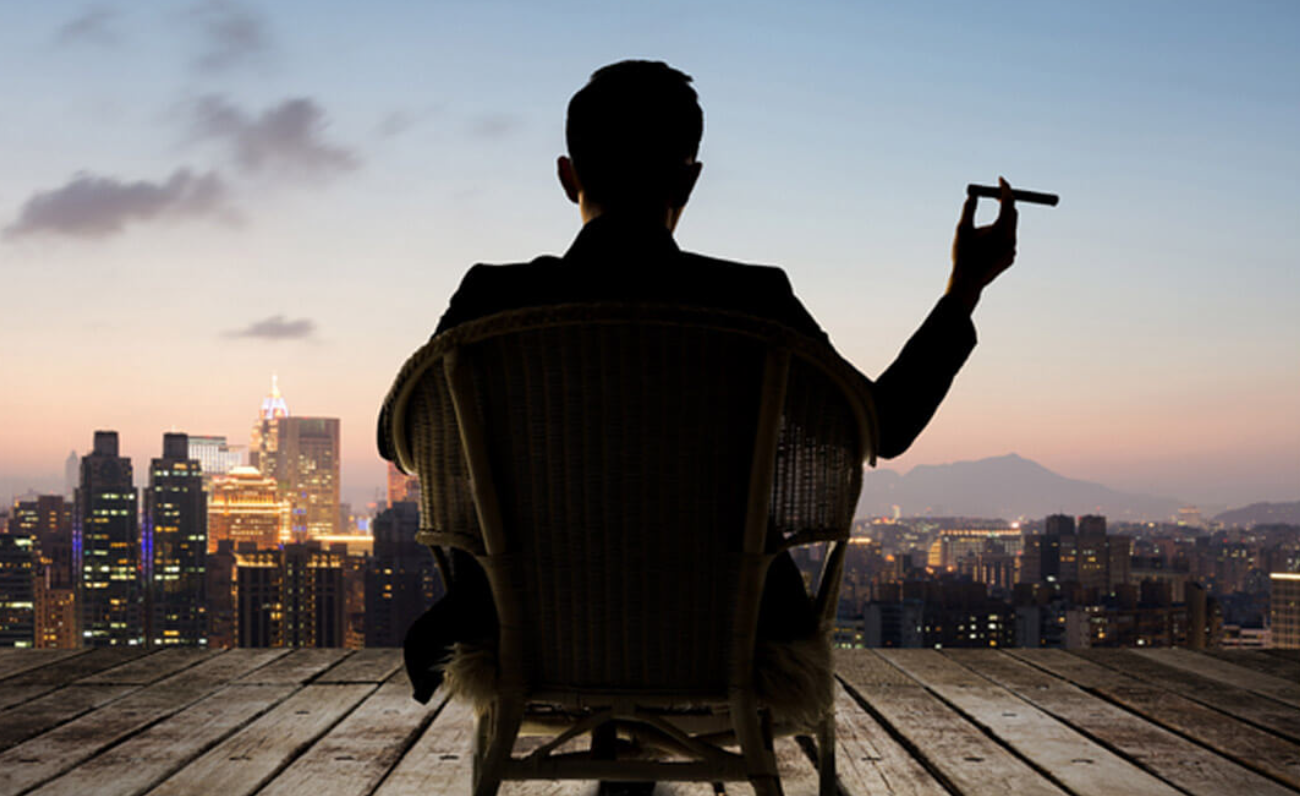 This was adapted from CNBC's wealth report
[Video below] ​What if you were as rich as the entire city of London? The city’s GDP is roughly $500 billion. But if you combine their wealth, the eight richest people in the world are worth about that much. They control more money than the bottom half of the world’s population. There were about 18 million households in the world with private wealth of at least $1 million in 2016. Those millionaires control around 45% of total private global wealth. 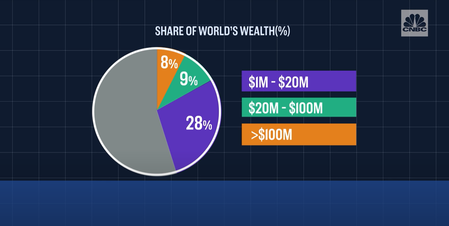 HNW & ultras control almost half of the world's wealth
Let’s break that down. Households worth between $1 million and $20 million accounted for 28% of the world’s wealth. Those worth $20 million to $100 million owned 9%. And ultra-high net worth households above $100 million controlled 8% of global wealth. The share of overall wealth held by millionaires is growing fast. Millionaire households are expected to own more than half of total global private wealth by 2021.

Their share was one-third 10 years ago. Why? Part of the reason is gains in the stock market, where a lot of the HNW investors put their money. The United States is home to the biggest number of millionaires, with around seven million households owning more than $1 million in investable assets. China ranks second, Japan third, and the U.K. comes in at fourth. Finally, Canada ranks fifth.

When it comes to the world’s wealth, well, a lot of it runs in the family. It’s estimated that one-third of billionaires inherited their wealth. Investment firm UBS says that in the next two decades, less than 500 people will hand over more than $2 trillion to their heirs. That’s a sum about the size of the GDP of India, a country with 1.3 billion people.

What's the difference between income and wealth?

Here's the thing, you don’t have to be a billionaire or even a millionaire to be among the world’s wealthy. To be considered in the top 1% in the U.K., for example, a single earner with a spouse and two kids, under the age of 14, would need to make around $430,000 before tax.

But there’s a key difference between income and wealth. Income is what you earn, like your monthly paycheck. Wealth is the total measure of your financial assets, like your home, your car, or those government bonds you got from your great-grandmother.

By some measures, wealth is more unequally distributed than income. Recent data suggests the wealth of half of adults in the world is no more than $2,222. And a lot of people in this group have negative wealth, meaning their debts exceed the values of their assets. There’s plenty of disagreement over evening out the world's wealth concentration.

But even some of the richest people in the world, like Bill Gates or Warren Buffett, agree that addressing solutions to wealth inequality can be worth, well, a lot.

There has been an incredible explosion of wealth over the past 20 years. The depth and breadth of the wealth is staggering. In fact, many of the top billionaires' wealth actually grew during the Pandemic. What that means for us in the domestic staffing industry is that there is an unsatiable appetite for domestic staff.

As wealth grows and the super-rich open more family offices, buy more estates, private jets and exotic car fleets, recruiters and agents will be there making placements in the households because estate managers and personal assistants need to be there to take care of it all.
CNBC -- For reference purposes only -- No ownership expressed or implied