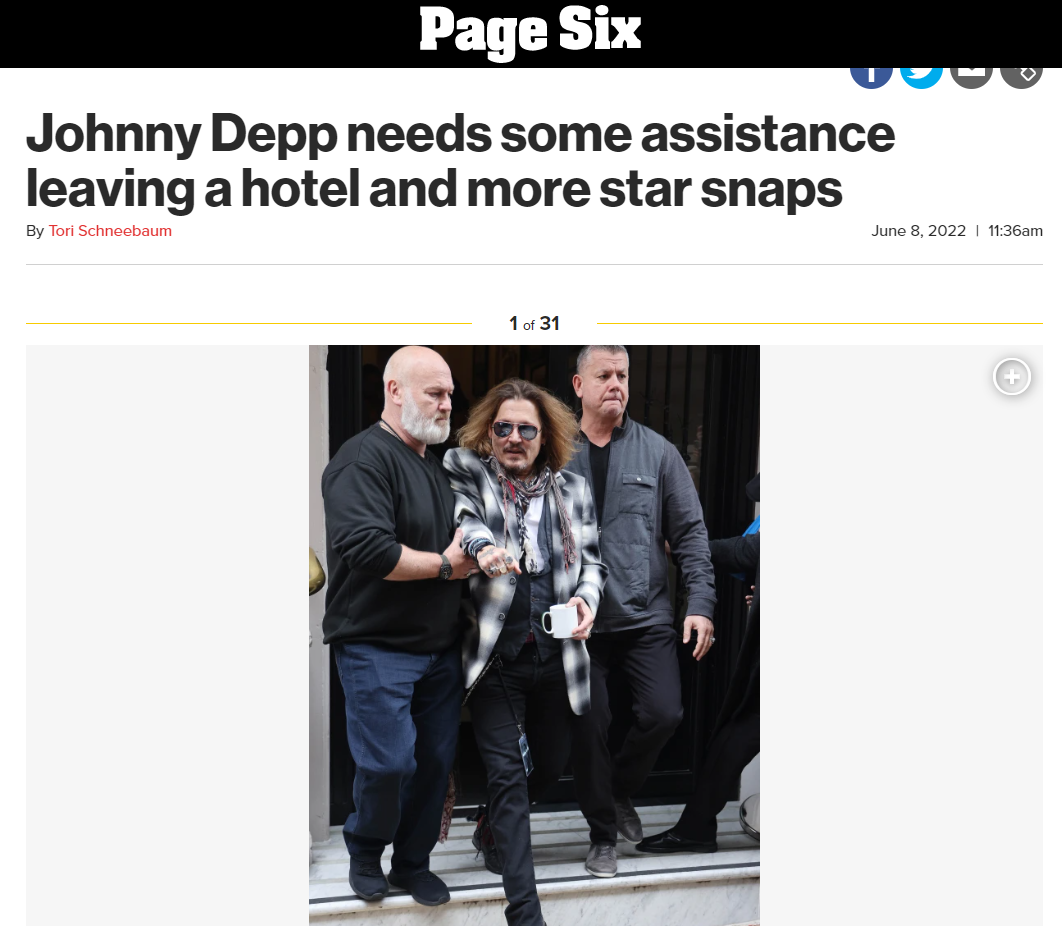 Johnny Depp needed assistance from his bodyguards to exit hotel

In images that went viral this week, Johnny Depp needed assistance leaving an establishment because of the throng of fans that were there to greet him.

Many of Johnny Depp's staff have been in the spotlight recently because of the trial against Amber Heard. Just some of the domestic staff that testified were personal assistants, bodyguards, house managers (aka estate managers), and chefs.

In the photos, Depp looks a bit disheveled, which is understandable because of everything he's been through recently. Everywhere he goes recently, there have been adoring fans to support him in his recently court victory over Amber Heard.

How many assistants and domestic staff members does Johnny Depp have?

The exact number of Johnny Depp's household staff remains a mystery. When celebrities have estates all over the world, the entourage will travel with the star, but often at least one estate manager will be left at each property to care for it. One thing is for certain, though, and that's Depp has needed to beef up on close protection recently because of all the publicity associated to his court trial.

Whether or not Depp's victory in court will translate to more movie roles remains to be seen. But now that he's won, many people are standing in his corner again.