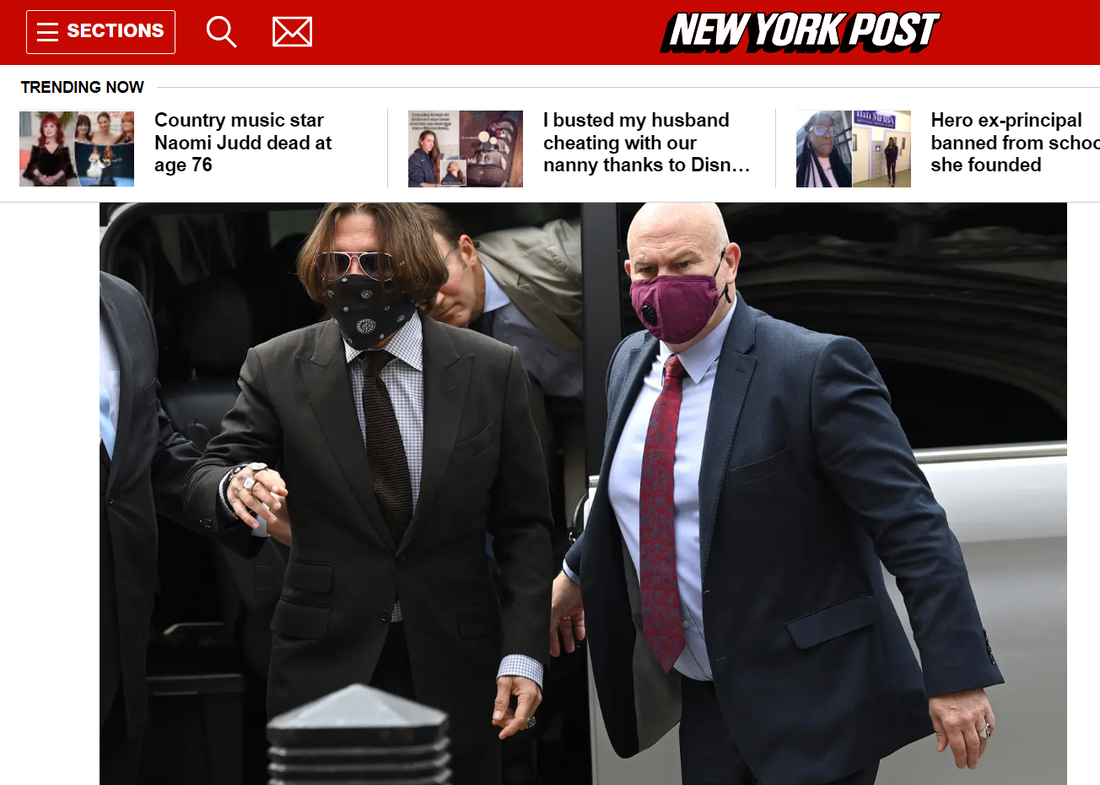 Johnny Depp and his bodyguard: NY Post (Fair Use)

In a whole series of who's who in domestic staffing, Johnny Depp and Amber Heard's private service staff have been testifying one after another in the sensational court case. First was the personal assistant, then came the house manager, and now the bodyguard, named Malcolm Connoly.

In time's past, it would have been unheard of for a PA or Estate Manager to testify against a celebrity boss, but it seems now that "all bets are off" when it comes to today's celebrity obsessed culture.

What did Johnny Depp's bodyguard see?

The bodyguard to Johnny Depp testified remotely, and he spoke of other personal protection operatives and a chief of staff while describing the incident.

Usually, an Executive Protection Agent is hired to protect celebrities from obsessed fans, but not from each other, which is apparently what happened when Depp and Heard weren't getting along. The aggressor, according to Connoly, was Amber Heard. She was extremely belligerent and out of control.

What is it like to be a bodyguard to a celebrity?

Depending on who you work for, being a personal protection officer to a celebrity can vary greatly. An executive protection agent has to determine a level of threat, so being in the client's house or at a movie premiere will change the strategy greatly.

Some celebrities have higher threat levels than others, and that also depends on how wealthy they are and if there have been prior threats against their life.
Click to watch Johnny Depp's bodyguard. Written by the FindCelebrityJobs.com staff.