An Agent with a Heart 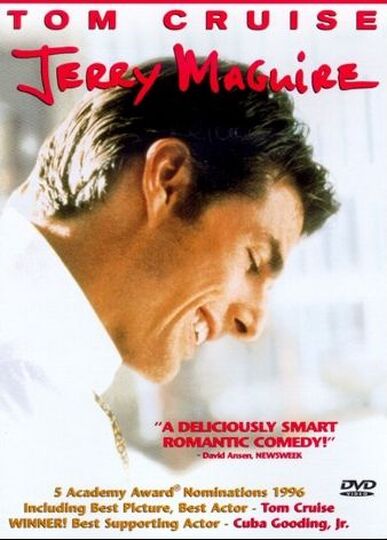 Agents need to respect candidates
You may have seen the 1997 Oscar-winning Tom Cruise movie titled "Jerry Maguire". In that film, Jerry wants to be a good person and better agent, so he writes a sort of mission statement saying that he would rather have fewer clients and less money so that he could do a better job -- it's my motto, too (see the video clip below).

The reason I became an employment agent -- headhunter -- recruiter (just choose your title) is because of the way that I was treated when I went to even the most "famous" agencies in Los Angeles and New York City. The unprofessionalism and arrogance I encountered at many firms was absolutely breathtaking and shocking.

When I started doing research about employment agencies, that's when I learned that they are salespeople and NOT human resource professionals. Very few of them, almost none, have bona fide training in HR, nor do they have college degrees in anything related to the field. The decisions most companies make are based on "hitting numbers". Almost never do they make human decisions related to what's best for the candidate or the employer.

I regularly turn down commissions if I'm going to be in a situation where I think a proper match can't be made. Yes, I make less money; but for me it's not about the money. Further, any job seeker that has been represented by me and sent out on a job interview will tell you -- without exception -- that I have always had their best interest in mind. I love what I do and stick to my morals when it comes to my job. Both employers and candidates are depending on me and, in a way, it's a life-changing experience (both personally and professionally) for the people involved.

In every way, my website and company promote transparency. Additionally, to support the community, I have hundreds of pages of resources for job seekers, as well as a blog -- which takes a lot of time to make. I'm now married with a child, and I am essentially "stealing time" from other areas of my life so I can arm job seekers with the ammo they need to score dream jobs. Further, my Job Hunting Book is also now available for free. So while other employment agencies and recruiters write on their websites that they have candidates' interests at heart, I'm actually backing it up.
A video clip from Jerry Maguire: The mission statement scene