​Why I Quit After I Was Given a Promotion & Raise 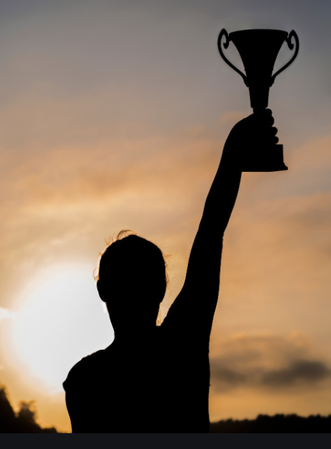 Winning a promotion
Back when I used to write on LinkedIn Pulse, I wrote an article that got featured titled “How I Became My Company’s Most Valued Employee,” which detailed how I became famous at a worldwide company and was given a promotion and raise. Well, to put it mildly, I deeply regretted taking the promotion and quit that job despite winning every award the company had to offer. Here’s why my job went sour (Spoiler: The company is bankrupt now):

Burnout
Being number-one in a company had its pros and cons; but anytime someone works 12-hours a day, six days a week, you’re going to burn out – I did, big time. It got to the point that I dreaded going to work, and that’s no way to live. I was essentially dedicating my life to assisting others but wasn't taking care of myself.

Because I spent so much time at work, I had no time for fun. I couldn’t spend time with friends, family or even enjoy the little things anymore.

The Pay “Raise” Was Only on Paper

On paper, companies are great at showing you how you can reap big financial rewards with a lucrative salary, but in actuality it rarely comes true. As a general manager, I got paid on the performance of the retail branch. The problem: the formulas were so complex that it was hard to understand. Additionally, I was penalized for things I couldn’t even control.

Manager at That Company Meant “Babysitter” for Adults

Being a general manager, in my case, meant being a babysitter for adults. As a GM, most of my day was filled dealing with customer complaints and putting out fires. We had about 50 full-time employees, and another 50 part-time employees; so, when I became the manager, I got sucked into their worlds because I had to deal with their schedules (and excuses about why they were late or no showed for work).

Also, because a fitness center deals with the general public, it was like an insane asylum (my gym was in the Los Angeles-Beverly Hills area, so lots of entitled people who were very aggressive and entitled). Of course there were plenty of nice folks who were good-hearted, but when you put hundreds of people together in one place (while they're hot and sweaty), tempers start flaring-up when people fight over using machines. Barely a week went by without some major incident like a fist fight, for example.

I Went from Hero to Villain

When I was just a “producer,” the only thing I needed to worry about was my own performance; but when I became the General Manager, I had to make decisions that people didn’t like. In short, I went from being the most-liked person to being the anti-hero who “ruined” people’s weekends because I told them they had to work. ​

I Was Punished for Being Successful

The first few months went great because my location hit all of the sales goals that corporate office set for us (so I saw a nice bonus). But that was very short-lived because HQ jacked my goals up so high that it was impossible to reach. I was punished for being good. I hit the goals that they gave me at first, and the goals were fair. But, in their greedy minds, I needed to make them more money.

I Became a Target for Revenge

The health club I worked for had thousands of members, and we know how the old saying goes: You can’t please 100% of the people 100% of the time. Some members, for example, were abusing privileges or taking advantage of loopholes in certain policies; so, I had to make some changes. To put it mildly, some people became incensed. How dare I alter their lives in any little way? Just some of the reprisals included:
​
Actually, I could go on but I think you get the point.

Many of the People at Headquarters Were Truly Evil

After being promoted, I had to regularly interact with executives above me, and let’s just say it was anything but pleasant. Behind the scenes, things were very ugly at that company because everyone operated in fear. As a result, many very talented people left the company.

The Company Stole My Ideas and Never Acknowledged Me

During my tenure, I created a number of new systems and improvements to existing ones; but I was never credited nor acknowledged in any way. In fact, some people above me took credit for my accomplishments and that really got under my skin.

A number of General Manager’s in my district got preferential treatment because they were close friends with people higher up, and that meant lower par (goals), which enabled them to hit their goals and reap big bonuses. This lowered moral in the company a lot.

I Was Sucked-in to the Company’s Legal Problems

Fitness centers, if you don’t already know, get sued frequently. There are a number of reasons, but most instances involve members hurting themselves. If you’ve ever been a member of a gym, then you have seen the ridiculously long contract you have to sign.

In short, all of that fine print – in theory – is supposed to absolve the fitness center of any wrong doing. So if you stub your pinky toe or crack your head open, it’s all covered under “assumed risk.” Well, that doesn’t stop people from hiring lawyers, which means General Managers are often subject to getting served court papers and having to participate in depositions and court hearings that go to trial. ​

The Company Depended on Me Too Much

Anytime I wanted to take a day off or, God forbid, use any of my vacation days, I was met with opposition in every way. The short version: There was NEVER a good time to take off because the executives always had some reason for saying it wasn’t a good time to approve my request: “Don’t let the team down,” they’d say. “We need you more than ever, so ask me again next month”. The ONLY thing they cared about was my making money for them.

The takeaway: Think very deeply about what a promotion will mean for you in the future. If it's not right for the company you are at now, then think about moving up at another company instead. ​
FILED UNDER: Career advice, promotions, performance at work, work-life balance
READ MORE LIKE THIS >>