We’ve all heard the age-old adage “It’s not what you know, but who you know.” Well, that couldn’t be truer for the world’s most elite clubs. Having the money to join the best-of-the-best leagues is only one, small part of the equation because the following list of cliques requires an arduous process that not everyone can hack.

​These top members-only clubs for the super-rich, in no particular order, are going to require a lot more to get in than just knowing the secret handshake and pulling out your Amex Black Card. Personal assistants who are inquiring for your bosses should beware because not everyone will make the cut, deep pockets or not. 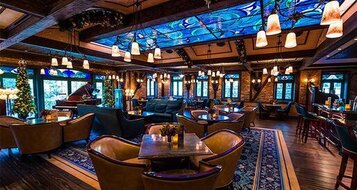 Club 33: The Jazz Lounge (Instagram)
When you think of secret societies and the upper echelon, Mickey Mouse doesn’t really come to mind -- unless you want to enter the coveted Club 33 at Disneyland, which was the brainchild of Walt Disney himself. Since its creation in the 1960s, the club has hosted royal families, dignitaries, presidents and celebrities.

Just outside of Los Angeles, this exclusive 5-star restaurant and lounge is located in the New Orleans Square section of the theme park, but one has to look closely for it as the non-descript door marked with the cryptic number 33 is the only marker to know that you have arrived. And don’t bother ringing the bell unless you’re a member with a reservation because they won’t open the door if they’re not expecting you; so if your executive assistant forgot to book you in, you're out of luck.

The interior can best be described as an eclectic mix of 19th century French Quarter architecture: think baroque-style wallpaper, velvet curtains, and parquet floors. The various lounges are steeped deeply in mythology and strategically decorated with some of Walt’s personal artifacts.
If all of this sounds really great and you’re dusting off your best dinner jacket and getting ready to speed dial your Hollywood A-list friend you know is a member, just wait. The problem: even knowing one of the elite members and having the $50,000 membership fee won’t get you in because there is purportedly a 10-year waiting list. 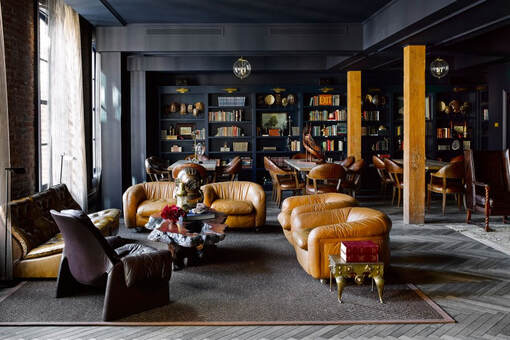 The Battery: San Francisco (Twitter)
Also in California and nestled near Silicon Valley with all of the tech gurus and financial wizards of the west coast, The Battery is the perfect members-only club in what is now one of the top-10 billionaire capitals of the world (actually the densest population of billionaires per square mile on Earth, but who’s counting).

It’s no surprise that this bastion was founded by former tech entrepreneurs who struck it rich in the 20th century’s second Gold Rush known as the Tech Boom; and true to San Francisco form, this elite establishment wants inclusion and has made their club a safe haven for creation and new ideas. In fact, their website says that respect is paramount in their code of conduct.

The décor as described by one blogger is nouveau riche-bohemian; and again, what else would you expect from Frisco, the birthplace of the “Summer of Love”.

One can only describe The Battery as a sort of one-stop-shop – just like the Google campus – which is equipped with everything creative geniuses need.

For example, the club includes a decent-sized library, a gym with fitness trainers, eight different event spaces, a luxury restaurant, a wine cellar equipped with a sommelier, and a posh hotel to crash at if you stay up too late discussing your next big idea with Mark Zuckerberg or Elon Musk (we’re just fanaticizing because their member list is strictly hush-hush).

Since the founders of The Battery are all about inclusiveness, the cost is surprisingly low: only $2,400. But as is always the case with these top-tier clubs, you have to know the right person and be considered someone with value-add if you want to be a part of this 50,000 sq. ft. space. Be advised, though, that electronic gadgets are not allowed after 6:00 pm, which is odd because the world’s greatest tech geniuses are the members. Well, nothing’s perfect; not even in San Francisco. If you urgently need to reach your personal assistant after 6:00 pm, then you'll need to hide in the bathroom stall to send a text so you don't get kicked out of the club for breaking rules. 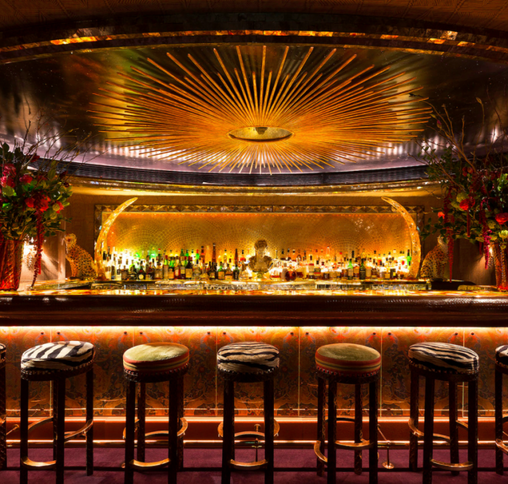 5 Hertford Street, London (Facebook)
When people describe 5 Hertford Street, a few words always seem to come up: mysterious, glamorous, and clandestine. By all accounts, this joint really is the most exclusive club in a city full of exclusive clubs. Just how exclusive is it? For starters, their website isn’t even open to the public – you need to be a member just to log in. It’s been reported that when Prince Harry and Meghan Markle had their first date, yep, it was at 5HS. How do you like them apples?

It seems that 5 Hertfort Street in London is the modern-day knight’s templar of sorts, with many of the city’s power players as members: royalty, billionaires, socialites, and all of those other people with fancy titles like Duke and Duchess. One might even say that it’s the most important address in London after Downing Street (for us sheltered Americans, that’s where the offices of the Prime Minister are, just down the street from the Houses of Parliament).

So, what’s this place like? One blogger described the club, in part, as boho-chic. Huh? What? Honestly, we had to look that one up. In short, it means bohemian and hippie influence. Oh, now we get it. So, our friends at The Battery in San Francisco are really going to love this place. If Zuckerberg wants to get in, he can definitely afford to buy a royal title if he wants it.

Attention Executive Assistants: If you are looking into this place for your boss, you will be glad to know they are pet friendly. They will even let you bring your dog to chow-down in one of the private dining rooms.

Evidently, they have a lengthy cocktail list, but we’ve been told – hush, hush – that the Gin Fizz is what the “in crowd” is drinking. Well, when in Rome – oops, London – do as the Londoners do. Wait! Is that even a word? Maybe it’s Londoners. Either way, you get our drift.

Dudes, we mean gentleman, don’t worry. If drinks with little umbrellas and mini poodles eating lunch with you isn’t your thing, we’ve got you covered. They have a cigar room, so don’t worry. It’s a pretty good bet that even though Cuban cigars are banned in Western countries because of the embargo, they probably have a secret stash behind the counter, because we can’t have Prince Charles smoking the stuff from the Dominican Republic, right?

One last thing… Just because you live in Buckingham Palace doesn’t mean you get to show up without a formal jacket or a reservation. You need both, so you’ve been warned.
​
Oh, one more (last) thing… They open at 7:00 am. So, if you’ve been dying to bring Rover someplace for an exquisite 5-star breakfast, they’ve got you covered – but no flip flops. Ok, now we’re done. 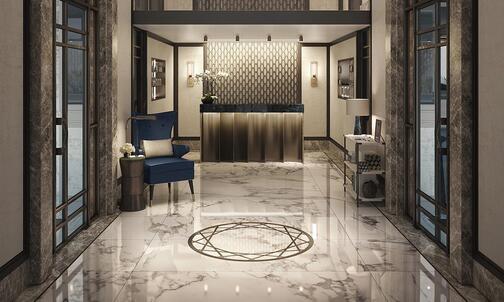 Club 39 Monte Carlo (Instagram)
​It’s probably no surprise that our next hot spot is in yet another billionaire capital of the world. As Studio 54 was to New York City in the 1970s, Club 39 is to Monte Carlo in 2020.

There is a little bit of an irony here… Having an elite club in Monaco is certainly a paradox, isn’t it? As one of the world’s most exclusive cities filled with ultra-rich families, celebrities and billionaires, it’s already a sort of member’s only principality anyway. But you know, eccentricity gets the better of all of us and sometimes we just need a little more than extraordinary, so Club 39 is your haven for letting your hair down after a day on your billion-dollar yacht.

While most of the other world’s top members-only clubs focus the social component of their membership on a restaurant and lounge, Club 39 is unique in that the highlight of this establishment is its health club – and that’s no surprise considering that it was founded by ex-rugby player Ross Beattie.

Don’t worry, though, if you’re not into getting sweaty in front of your fellow billionaires and celebrities, this exclusive venue also has a high-end restaurant, lounge, private studies and terraces, and even a salon to get treatments and hair styling.

As is usual with these ultra-exclusive enclaves for the rich and famous in Monaco, they take privacy very seriously. Their motto is “Discretion and exclusivity are at our core.”
If you really want to let your hair down and pamper yourself, then their award-winning spa may be right up your alley. You name it, and they can do it: massage, pedicure, body tinting, and facials.

After reading all of this, you might be wondering just how much it would cost to be able to exercise next to Prince Albert II. Well, surprisingly, only about €5000 a year ($5900). But, again, it’s not about the money; it’s more about passing the critical eye of the membership committee, so don’t forget to mention the square footage of your mega-mansion, the length of your super-yacht, and which place you came in the last time you raced in the Monaco Grand Prix.
For informational and entertainment purposes only. The author assumes no responsibility or liability for any errors or omissions in the content of this article. The information contained in this article is provided on an "as is" basis with no guarantees of completeness, accuracy, usefulness or timeliness. Images are under "fair use" and no ownership is expressed or implied.