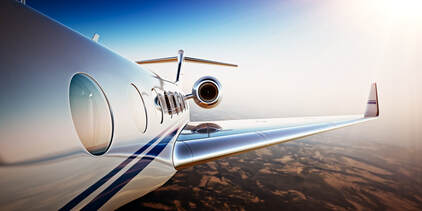 Traveling personal assistant
​It is not at all uncommon for assistants in the world of the Royal Saudi Family to hop around from family to family. In fact, it’s kind of a running joke between assistants in that industry. Upon traveling to places like London, Paris and Casablanca, I would see the same assistants, but they would be with different families (we ran into each other because the Saudis all congregate at the same ultra-exclusive hotels and restaurants during the summer travel months). At some point, I also switched gears and started working for another prince with a very large entourage. Here’s how it all works:

The Royal Saudi Family, aka The House of Saud, has thousands of family members. Depending on who you speak to, the number always varies. I would guestimate there are about 10,000. The different families have rank, so there is a type of hierarchy.

When we would land the private jet in a new city, for example, there would be a whole fleet of cars waiting on the tarmac with the red carpets rolled out. Most people have seen these types of Royal limo motorcades on the news or in-person, but organizing it in real-life is a logistical nightmare! The highest ranking people get in the first cars, which also need to be a higher model Mercedes. Yes, you read correctly. These are the types of things I had to organize.

The head prince, let’s say, would be in the lead car in a 600 series Mercedes. That meant the next car behind him had to be the next model down or the people who arranged it would get their heads cracked together for messing up. This whole operation posed major challenges when a Saudi Royal Family private 747 jet would land, and 50 to 100 people would exit the jet in a mad frenzy to keep up with the head prince who already sped off. That’s right, if a subordinate prince fell behind and got lost, he may get reprimanded or lose favor in some way.

The other issue: if you got lost from the lead car it was a real problem because nobody knew where the head prince wanted to go. We never knew until we actually got there. As an assistant, I had to try and anticipate the VIP’s actions, so I had to make dinner reservations at several restaurants.

Being resilient as an assistant 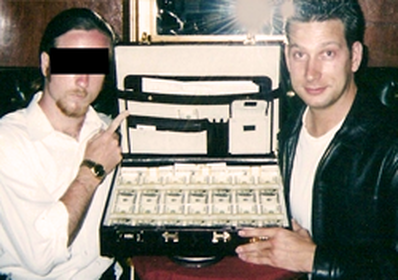 Cash money for shopping
Naturally, the prince liked going to the best places and I needed to shell out really big bucks to reserve the tables last minute. So when we didn’t show up, I lost hundreds or even thousands of dollars in bribes. Sorry, no refunds.

In Las Vegas, on one occasion, my boss wanted a VIP table at the hottest nightclub in the best casino, so I had to arrange it – last minute of course. It cost me about $5000 for the VIP table and payoff money for the manager, who had to kick someone else out of their seat. Yes, it’s true; I watched him do it. For five grand, you’d do it too.

My boss arrived at the club, stayed for one song and left. He told me he didn’t like the music. He ended up gambling instead and spent about $100,000 in cash on blackjack. That only took about 30 minutes. I never saw so much money spent so fast on so little.

Another similar situation involved buying-out a movie theater at the last minute. My boss wanted to see the newest action movie on a Saturday night, and of course nobody else was allowed to be in the theater except him and his entourage. He let me know at 8:30, and the show started at 9:15. I rushed to the movie theater and told the manager I needed to buy-out that show.

After he got done laughing for a full five minutes, he informed me that it would be impossible because the movie was sold out and patrons were already seated inside. On the spot, I negotiated an outrageous price that involved him cancelling the show and refunding all the moviegoers. The manager had to tell everyone that the projector “broke down” and the show was cancelled. I simply snuck my boss in through the emergency exit and nobody knew the difference. That little stunt cost me about $5,000. Coming up with solutions like this is what we call “out-of-the-box” problem solving. You will need to come up with things you never dreamt possible so that you don’t have to tell your boss you couldn’t make something happen. 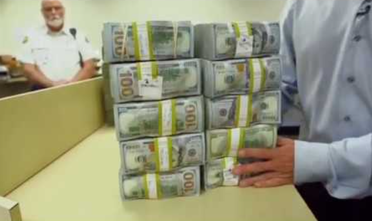 Cash management for billionaires
Since we were always pulling these crazy kinds of stunts, it was not at all uncommon for us to have briefcases full of cash. There were many times I literally cleaned out local banks of spare money because they did not have enough cash in the safe to cover what we needed. Many of the Royal Saudis don’t like using credit cards; I don’t know why. I think it’s a privacy issue because credit cards leave a digital trail.  Trips to the bank sometimes meant weighing the money because the denominations we required were too big to count-out by hand, even with automatic counters it took too long.

Several banks refused to help me, so I had to pay the managers off just to stay in good graces. The reason they were so upset about it was because the regular customers would get angry when the bank couldn’t give them the money they wanted.

Eventually, I had to talk my boss into giving me more notice about the cash he wanted so the bank could order it ahead of time. We had to arrange a special delivery in an armored car. In general, banks do not keep as much money on hand as they used to for two reasons: First, it is not needed as much today because of automatic payroll deposits and the ubiquitous use of debit cards. Second, the banks don’t like to lose too much if they get held up (also an insurance company issue), but it does pose problems for high-rollers who need large volumes of money on short notice.