I was sitting in one of the world's best presidential suites in Paris when my boss called me into the next room. After I scurried into the living area of the suite, he spun around his laptop and showed me a photo of a diamond-encrusted skull known as "For the Love of God" (pictured above). It was made by Damien Hirst and costs $65,000,000. Then, I could not have ever imagined what came next -- he said he wanted one.

"Yes sir," I said. "I look into it immediately." I rushed out of the room and got to work. The long and short of it is, I couldn't get one. There is only one. So the next day I gave him some alternatives -- very special pieces at some of the world's most expensive stores. He wasn't interested. Like, at all. 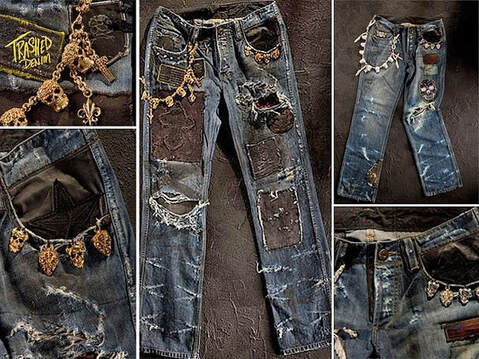 Dussault jeans cost a whopping $250,000
While I was speaking to him about the alternatives, he was scrolling through his phone's news feed. "I'd like you to look into these," he said. I peered over his shoulder and saw a pair of torn-up, raggedy blue jeans. A closer look revealed the name "Dussault." Another long story short, those jeans cost $250,000. Yes, you read it correctly -- $250K. One quarter of a million dollars for a pair of blue jeans -- and I couldn't get those, either!

I procrastinated for a day or two about telling him I couldn't get the Dussalt jeans because I wanted to come up with something good as an alternative. I spoke to the hotel's concierge, who turned out to be a blessing in disguise. The concierge rang a jeweler who makes customs for celebrities and billionaires.

When the jeweler showed up, he had two hulking body guards on either side of him carrying large ​attaché cases. My plan, frankly, was to surprise my boss with some world-class one-of-a-kinds. I simply didn't want to tell him twice in a row that I couldn't get him what he wanted -- even if those requests were impossible or impractical. My job as an Executive Personal Assistant to a billionaire is to make things happen. 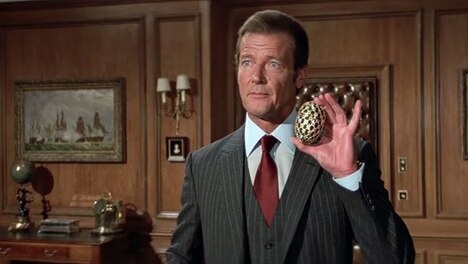 James Bond holds the Faberge Egg (click to enlarge)
I first brought the small entourage into my suite to review the goods. They opened the cases and sprawled everything out on the bed. I needed sunglasses because the treasures that they brought sparkled so brightly that it nearly blinded me. ​The designer wouldn't let me take photos, but they had one that reminded me of the Faberge Egg from a 007 movie with Roger Moore. I asked the men to wait in my room and went to speak with my boss. I announced that some guests were here to show him some custom jewelry, and I held up the Faberge Egg to catch him off guard. It worked! I brought the gentlemen into the room and my boss made two purchases. Wow, I was off the hook. Mission accomplished!