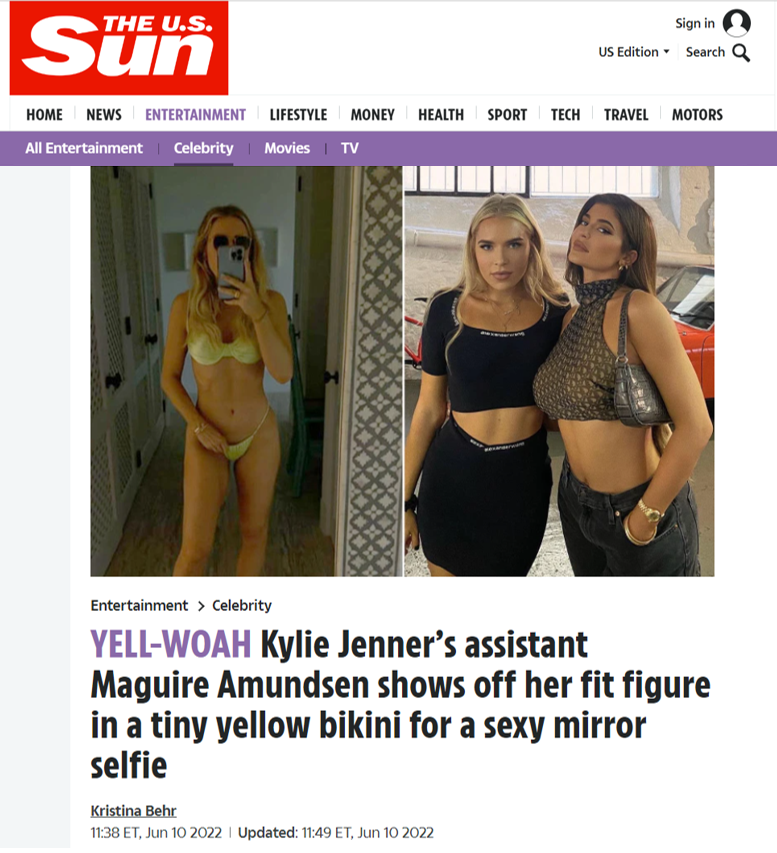 This probably won't come as a surprise to anybody, but Kylie Jenner's personal assistant is showing off -- Again! Of course she's in a bikini: what else?

Kylie's PA, Maguire Amunden, is becoming a bit of an icon herself. Her and the Kardashian clan are constantly living the billionaire's lifestyle showing their jet-set photos on social media. And, as you would expect for the reality stars, the more skin the show, the more people tune in.

As you know by now, there have been other occasions that Maguire Amunden was in a bikini, but this one is a little slimmer than the last. One thing is for sure, it's not clear how much personal assisting she is doing.

Why is Kylie Jenner's PA becoming so famous?

Contrary to popular belief, most celebrity assistants just sit behind a desk sending emails and making appointments for the star they work for. But in Maguire Amundsen's case, she is one of the rare celebrity PA exceptions. Not only does she get to go on the road with the Kardashians, but it seems her boss -- Kylie Jenner -- seems to condone the flashy behavior.

Normally, celebrity assistants keep a very low profile and aren't showy, but in the case of assistants working for the Kardashians, anything goes.