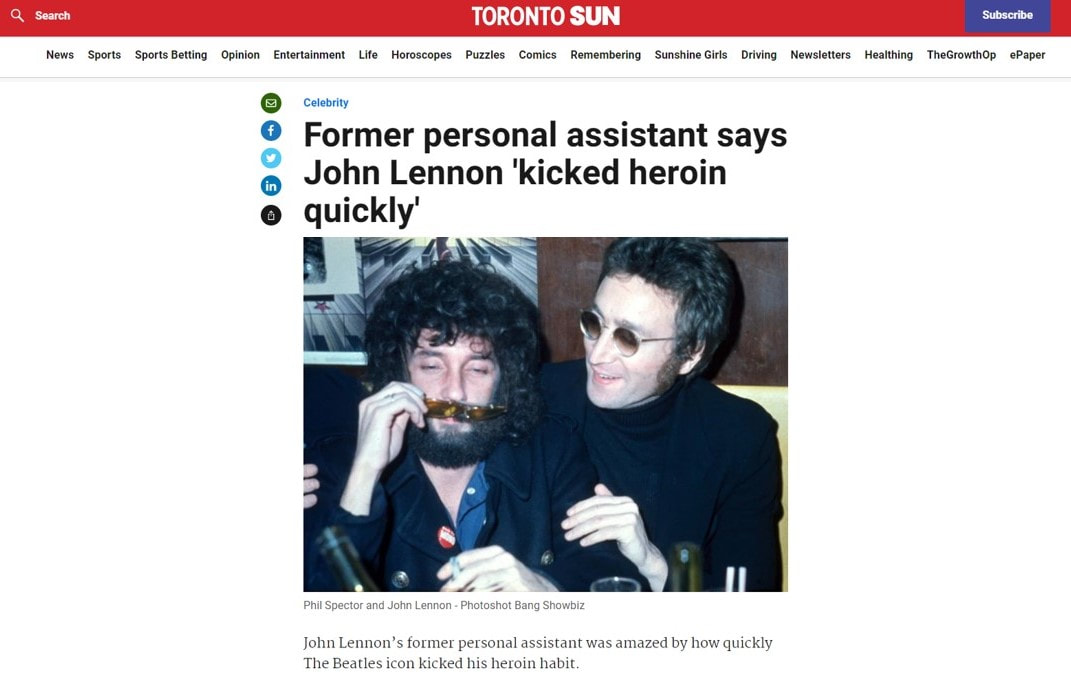 The former personal assistant to rock legend John Lennon has reflected on his time with the singer. The PA, Dan Richter, worked for John and Yoko Ono from 1969 to 1973. On the 42nd anniversary of Lennon's death, Richter admits to getting Lennon heroin for recreational use.

The assistant confesses that back then it was considered somewhat cool to get high because people thought it made them more creative. Richter now says that he was wrong for thinking that, and he says he's glad that John kicked heroin so fast when he decided to stop taking it.

Why did John Lennon's assistant get the singer drugs?

As strange as it sounds, Richter felt it was safer for John to take drugs that came from a known source that he -- the assistant -- obtained. If Lennon had gone to the streets himself to get low-quality drugs, then he could have been poisoned.
​
When asked if anything else had pushed John and Yoko into using the drugs, the personal assistant said it mainly started after the Yoko had a miscarriage. They were covering their emotional pain.

Richter went on to say that he felt Lennon's life was cut short unnecessarily soon by the assassination. It is the assistant's feeling that if John had better security at the time, he wouldn't have been shot by Chapman.