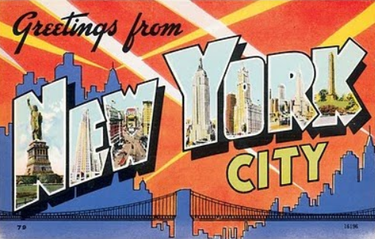 Founder of The Celebrity Personal Assistant Network, Brian Daniel, has expanded his recruitment firm to cater to Greater New York City’s upper echelon hedge fund managers, fashion designers and high net worth families. The areas served include but are not limited to Manhattan (Wall Street/Financial district, Upper East Side/West Side); Staten Island; Long Island (Brooklyn, Queens and the Hamptons); as well as the neighboring communities in Connecticut. As a former personal assistant to Hollywood A-list, billionaires and royalty, Daniel is the world’s only headhunter with such first-hand experience.

Daniel’s network of top-tier executive assistants, estate mangers and personal assistants represent the best of the best in New York City and have worked for high profile families, Wall Street finance gurus and fashion icons of industry – among others.

Most employment agencies in New York City have a “Jack of all trades” format and try to be all things to all people, so specializing in any one field is exceptionally rare. Daniel’s recruitment firm is the only one of its kind and exclusively offers concierge service: 9 am to 9 pm seven days a week, 365 days a year; so high-profile individuals and hedge fund managers with demanding schedules have the kind of accessibility that fits their lifestyle.

The Network’s success is due to the fact that Brian Daniel himself worked as a celebrity personal assistant, so he understands the complexity of matching a candidate with a client. “Other New York staffing agencies simply can’t compete with our business model,” says Daniel, “because we are a boutique firm, we can offer personalized service to clients that the other high-volume agencies aren’t capable of.”

Unbeknownst to most, NYC employment agencies usually have tens of thousands of candidates in their computer systems, so the entire process of placing an assistant is very detached and impersonal – for both the employer and the employee. Daniel’s firm breaks the mold when it comes to making placements, and the depth and breadth of his experience completely eclipses other recruiters in the industry at large.

ABOUT THE COMPANY
Brian Daniel, headhunter to the stars, started his illustrious career in the 5-star hotel industry, where he worked with heads of state, billionaires, and high net worth families visiting the Los Angeles area. Daniel parlayed that experience by becoming a personal assistant to a member of the Johnson & Johnson family, which led to other executive assistant jobs with Hollywood celebrities and eventually a royal family from the Middle East. He founded The Celebrity Personal Assistant Network in 2007 as the world’s first and only recruitment firm to specialize in world-class lifestyle managers. The company makes placements for both domestic and corporate environments in all U.S. markets including but not limited to New York City, Hollywood, San Francisco, Las Vegas, Chicago and Miami. For more information about hiring, go to http://www.FindCelebrityJobs.com.
​READ MORE LIKE THIS >>