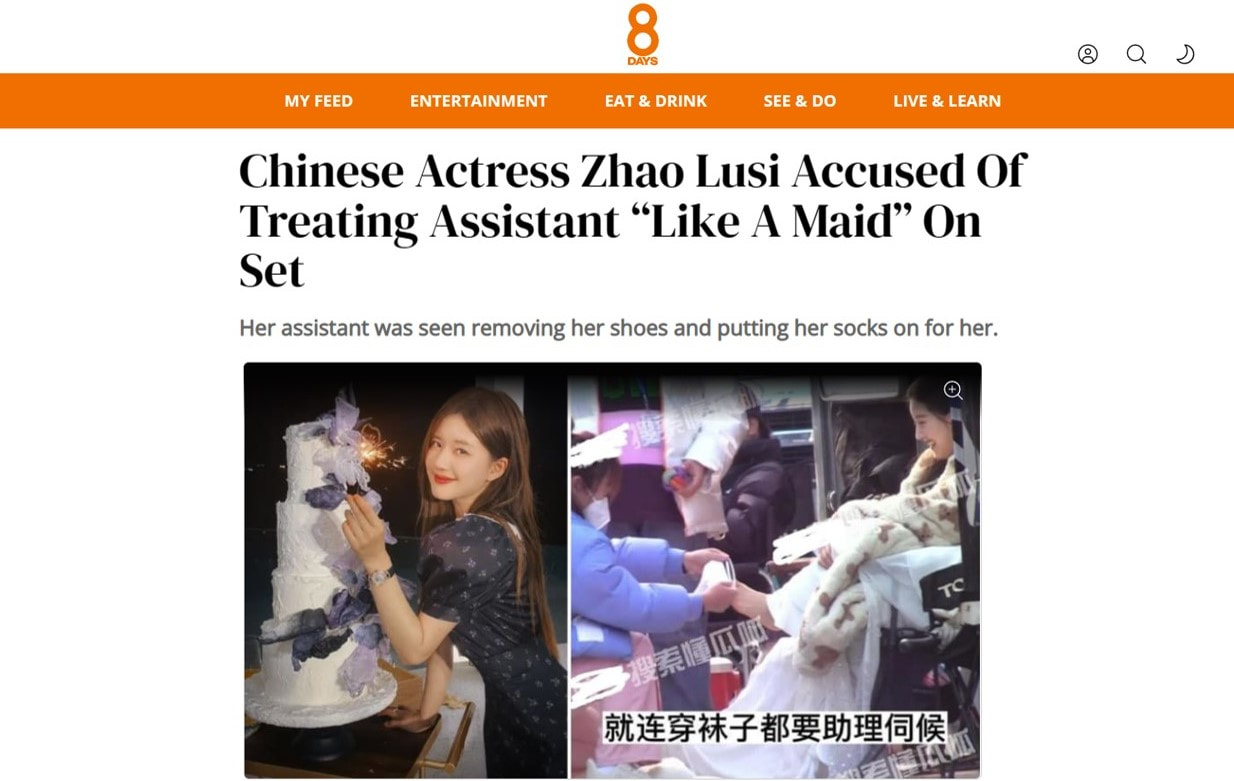 We have all heard to stories of Hollywood actresses being divas, but it seems that this kind of behavior has no bounds. It was recently reported that the assistant to actress Zhao Lusi has some diva duties of her own to do.

Zhao Lusi is an actress in China, and she has become very high profile since starring in the movie "The Long Ballad." Some people, though, have said that stardom has gone to her head and that she's treating her personal assistant poorly -- but we disagree.

What did Zhao Lusi's personal assistant have to do?

The diva behavior in question is that the personal assistant has been waiting on the actress hand and foot -- literally! In a recently released photo, the assistant to Zhao Lusi was seen putting socks on the feet of the starlet, and that has some people upset.

Others, though, came to the defense of the actress saying that it's the job of an assistant to do things like that for a celebrity. To be fair, Zhao Lusi was in a period costume; and those can be quite confining, especially if the actress is wearing a corset. It's possible that the assistant had no choice, or she may have even volunteered to put the socks on. We may never know.

Want to say that #zhaolusi was NOT being unkind to her assistant bc she is wearing a costume with a corset and can't bend over to put her socks on. Assistants love their jobs. As a celebrity PA myself, I defend Zhao Lusi@forzhaolusi @zhaolusi1109 @lusi_intl @afterrnoont @8dayssg pic.twitter.com/w6LvzNlmkh