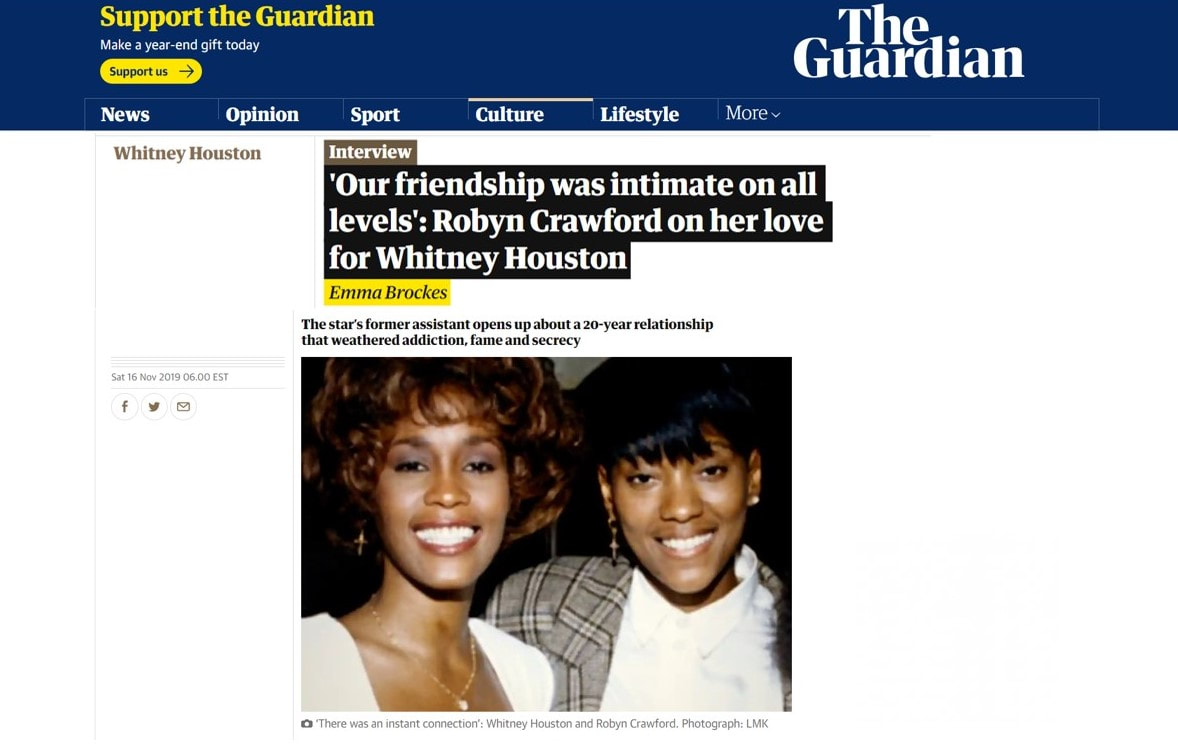 Whitney Houston's personal assistant, Robyn Crawford, just may be the world's most prestigious confidante in the world of celebrities. Many celebrity PAs are usually a flash in the pan, but Crawford had lasting power and proved to be so much more to Whitney Houston than an errand runner.

In the newly released biopic, Whitney Houston: I Wanna Dance with Somebody, the assistant role of Crawford played a significant part in the film. In fact, the director didn't want to downplay the truth that Houston and Crawford had a romantic relationship as well.

How did Whitney Houston's assistant play a role in the singer's life?

According to a recent article written by the Los Angeles Times, Whitney Houston and her would-be assistant met in 1980 and became good friends even before she became an international sensation. It wouldn't be long before they became involved, and while Whitney was alive -- and even in her death -- the romantic relationship between them remained controversial. In fact, it was debated if it would even be represented in the documentary.

The romantic relationship wasn't confirmed beyond a doubt until Crawford released her book, A Song for You: My Life with Whitney Houston. In a firsthand account, which can be heard in Crawford's own voice in the audio version of the book, the assistant passionately details her journey with Whitney and her rise to superstardom.

How long was Robyn Crawford the assistant to Whitney Houston? 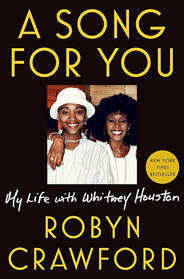 Celebrity PA book
As confirmed in Crawford's book, and by prolific music producer Clive Davis himself, Whitney and her assistant were only lovers for one year. When Whitney signed her first record deal, Houston broke off the romantic relationship. But in a strange twist, the two remained connected for 20 years through Whitney's ups and downs.

​Many have described Whitney Houston's former personal assistant as her soulmate, and much of that can be seen The Guardian's article on the relationship. The article if filled with anecdotes and pictures of life with Whitney, including moments with Michael Jackson at the Neverland Ranch.

Why was Whitney Houston's relationship with her assistant so controversial?

When Whitney met Robyn Crawford in 1980, the singer was only 16. The would-be assistant was 19, which made it illegal as an adult and a minor. Further, in the 1980s, the United States wasn't so accepting of gay relationships at the time. For those reasons, it was decided that it should remain a secret; and Whitney always publicly denied the romantic relationship while she was alive.

Robyn eventually quit working with Whitney in 2000, and they never talked much after that. Houston died in 2012 of an accidental drowning in a Beverly Hills hotel bathtub, which was related to substance abuse.

Who was the other assistant to Whitney Houston?

Whitney Houston had another assistant, Silvia, who isn't quite as high profile as Robyn Crawford. Here is a video about Silvia.

Was Whitney Houston's assistant a catalyst for the star's addiction?

According to famed record producer Clive Davis, absolutely not. Robyn Crawford stopped working for the Grammy winner in the year 2000, and it wasn't until 2012 that Whitney passed away. In short, there was no connection between the substance abuse and either of Whitney's personal assistants.

If anything, it was Houston's assistants that tried to keep the star on track and grounded. Unfortunately, it was the "sex, drugs and rock 'n' roll" atmosphere of the music industry that sucked Whitney in. It goes without saying that Houston made a bad decision to even start with the illegal substances.