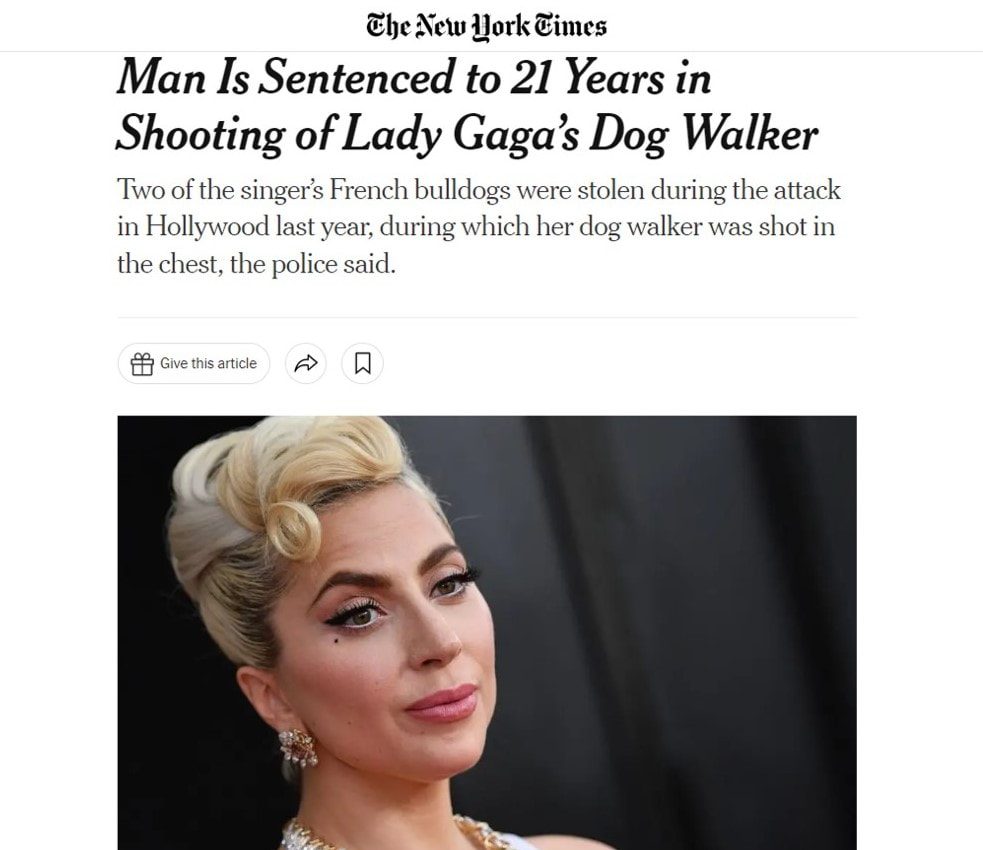 We all know that being a celebrity personal assistant is a very difficult job, especially if you're a PA to Lady Gaga. Assistants do a myriad of tasks, including walking dogs; but that duty isn't normally one that can get you killed. The former personal assistant to Lady Gaga, Ryan Fischer, was walking the star's French Bulldogs in the West Hollywood section of Los Angeles in 2021 when he was shot in the chest because thieves were trying to steal the dog to resell them.

What happened to the man who shot Lady Gaga's assistant?

At first the police didn't have any suspects, but the man who kidnapped Lady Gaga's dogs eventually tried to turn them in for a reward; and that's when the police arrested him. The man, named James Howard Jackson, was recently sentenced to 21 years in prison for the attempted murder of Lady Gaga's assistant.

Ryan Fischer has been laying low for a while. Last year he had started a GoFundMe page to help pay for his recovery. He had been in the news for a bit after the shooting but didn't pop up again until the sentencing of the person who kidnapped Gaga's dogs. He made a victim impact statement and actually said that he forgave the man who shot him.