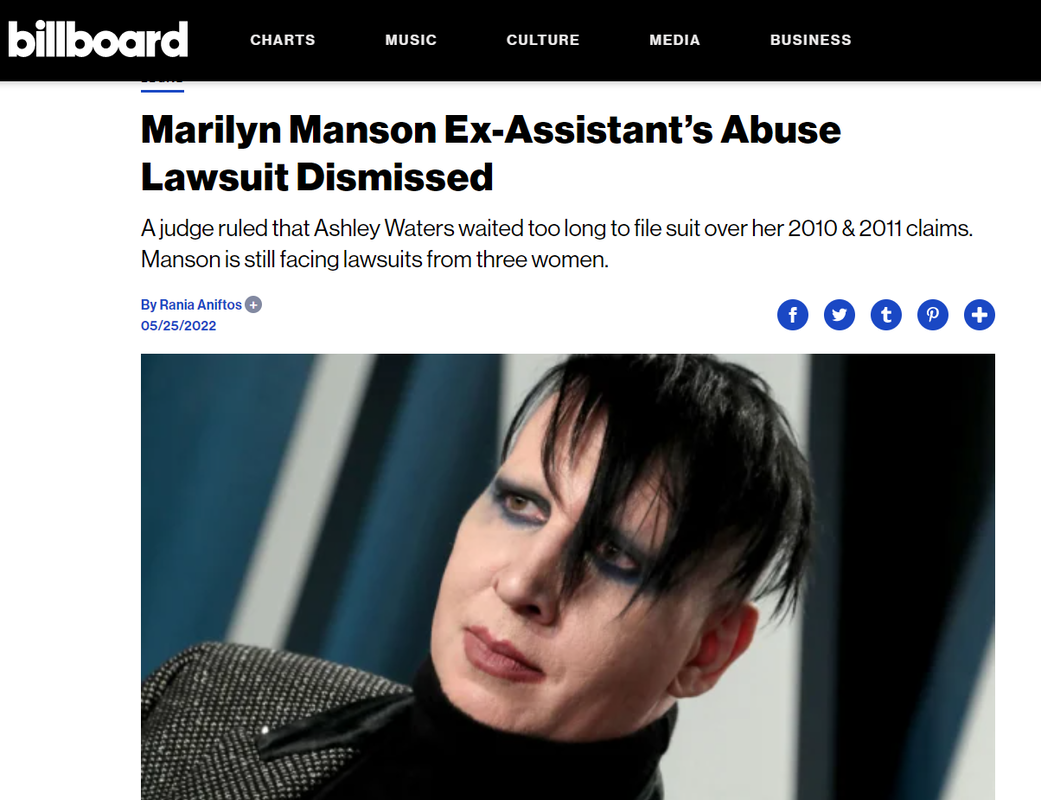 Marilyn Manson's assistant has a dispute

​The personal assistant to Marilyn Manson has a dispute

Rocker Marilyn Manson and his assistant have been involved in a court battle over a "he said, she said" dispute over treatment while in the employment of the rock star.

Manson's former PA, Ashley waters, claims that years ago when she was still employed by the musician that he assaulted and mistreated her in a number of different ways. On May 25th, a judge dismissed the celebrity assistants claims citing that the statute of limitations had run out.

What's it like being a personal assistant to a rock star? 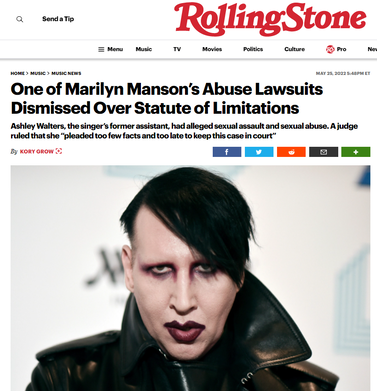 Celebrity assistant woes
Generally speaking, the Arts & Entertainment sector can be very demanding for personal assistants. While it can have some glamour aspects like red carpet premieres and private jets, the pay can be low and the hours long. Not to event mention that the "sex, drugs and rock 'n' roll" aspect can have a dark side.

While we can't comment on this specific case, it's very important that when assistants are going to work for a celebrity, especially a musician, one has to do some deep checking and some soul searching to understand if the PA knows what they are getting into.

Our advice is that if you're ever asked as a PA to do anything immoral or illegal, don't. Leave the job and don't look back.

What legal options does Manson's assistant have?

Unfortunately, it seems the PA has hit a brick wall in terms of recourse. As reported by Rolling Stone, the judge in the case dismissed it with prejudice, which means the ruling is final and the plaintiff can't bring another legal action in the matter. However, this may be a similar situation where the plaintiff can get some solace in knowing that several other women are bringing cases against Manson, so his legal troubles are far from over.