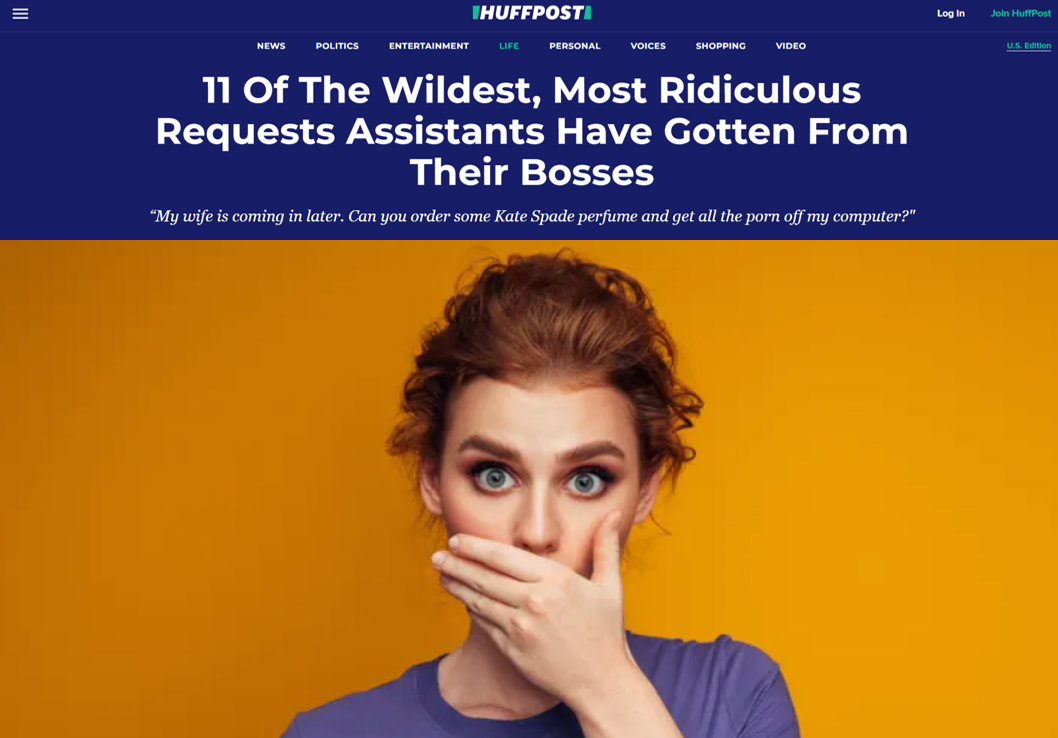 Stay away from assistant jobs with bad bosses

We all know that an assistant's job isn't easy. Has your boss ever asked you to do something that crossed the line? Bad bosses are the worst, and hopefully you will never be in any of the following situations that these assistants were in. These are 5 true tales from the front lines of the office world.

#1. The boss who asked an assistant to remove dirty movies from his computer

One boss asked his assistant to remove dirty movies from his computer. The reason was because his wife wanted a new computer, and she insisted on using the one from her husband's office. Perhaps she was suspicious of him.

#2. The boss who would snap his fingers at his assistant instead of speaking to her

It's bad enough to deal with a passive-aggressive boss, but at least that type of personality will speak to his assistant, even if it's demeaning. But what would you do if your boss would only snap his fingers at you? Time to file a report with HR.

#3. The boss who once followed his assistant to an appointment

Every once in a while, an assistant needs to leave the office to go to a dentist appoint. So, what's the harm? But what if you have a crazy boss who though that you're going to leave him? Perhaps you're not really going to the doctor but to a job interview. This anonymous assistant said that her boss was, essentially, stalking her.

#4. The boss who wanted his assistant to help him cheat on his wife

The whole point of having an extramarital affair is that it's supposed to be secret, unless you have a wacky boss who needs you to help him cheat on his wife. One boss asked his assistant to help devise a plan to do just that, and it involved the assistant lying for the boss so he could go be naughty with the mistress.

#5. The boss who cancelled morning meetings because he hated happiness

The whole point of being a leader is because you're supposed to set the tone and pace for the office. Leaders are supposed to lead by example. Well, what if you were an assistant and your boss told you that he wanted to permanently ban all morning meetings because he didn't like to see people so cheery before he's had his morning coffee? We saved this one for last because it's downright bizarre.