The beginning of a personal assistant career 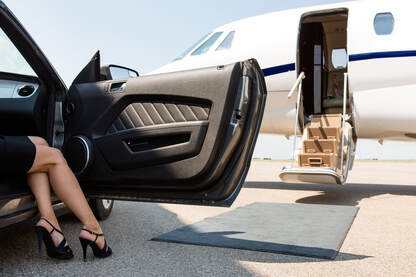 Personal assistants to the UHNW
Take comfort in knowing that you don’t have to live in a major city like Los Angeles, New York City, Chicago, San Francisco or Miami to get a good assistant job.  Make no mistake, it helps, but is not entirely necessary. Celebrities, sports figures, best-selling authors, executives, and high-net-worth families live throughout the United States and are in need of trustworthy assistants. Because I had stars in my eyes, I took the glamorous route and moved to Los Angeles.

Since the beginning of my professional career at the ripe age of 15 (with work permit in hand), I have pretty much worked in the service industry.  It was great training because it taught me that going the extra mile really counts.  I continued that service legacy when I moved to Southern California.

I won’t bore you with all the details of my complete work history, but by the time I arrived in Los Angeles I had a career plan that I was ready to tackle hard.  My first priority was to work in places that the celebrities congregate, and my first stop was at a fitness center in Beverly Hills.  I was a Personal Trainer and Membership Counselor at a gym that is very close to the famous Rodeo Drive.  It was fabulous because I wasn’t stuck behind a desk and I got to meet a lot of great people, celebrities included. Did I mention that the gym is down the street from 20th Century Fox Studios?  That certainly didn’t hurt our client base any.

We did have a lot of big stars that came in, but I focused my attention on the road less traveled – producers, publicists, casting directors and entertainment lawyers.  Firstly, the movie stars that came in already had overly-protective Personal Trainers.  I figured I should give my attention to the people that were being neglected, relatively speaking.  Being a membership counselor helped because I was signing up the “behind the scenes” people and learning who they were.  To make a long story short, I learned a lot about the entertainment business and got some stellar recommendation letters as a result of taking good care of my clients.  It’s all about networking!

After working at the gym ran its course, I eventually started in the high-end hotel business.  By working at The Beverly Hills Hotel – arguably the most famous hotel in the world – I was able to get access to all the big stars.  It wasn’t because I was planning on handing them my resume, in fact, I discourage that practice.  I had a plan to refine by business acumen, improve my resume, and get more strong recommendation letters.

I liked the hospitality industry in Beverly Hills because I got to see the stars up close and work with them directly.  Actually, I got to deal with their assistants as well.  That was a valuable learning opportunity because I saw what worked well in an assistant and what didn’t.  I would have actually paid the hotel to work there because of the exposure and training I received, but of course I never told them that.  I happily accepted the paycheck.  By the way, Ritz-Carlton has classes for anyone who wants to learn 5-star service and they charge $6000 for a 3-day course (so calculate the value of my nearly two years at the BHH).

In general, 5-star hotels in Beverly Hills are a haven for celebrities because they know the employees have to sign iron-clad confidentiality contracts.  In short, it’s not uncommon to see illicit rendezvous going on between already-married A-listers.  But not all activities are secret; the high-end hotels in Beverly Hills also host special events, celebrity weddings, and award show after-parties for Hollywood’s elite, which is another great way to learn the mechanics of the entertainment business.

At the same time, I was also networking outside of my full-time hospitality job by doing extra work on TV and movie sets.  I really enjoyed being on the studio lots.  More than anything it really helped me ground myself.  One of the most valuable lessons I can pass on to aspiring assistants is that they need to be calm, focused, and not star-struck.  By working at the hotel and on movie sets, I was able to get the nervous excitement of being around celebrities out of my system.  Moreover, I got to see A-list actors working on the set.  I really wanted to know about the process because I knew it would better help me serve any future celebrity clients, which it did.

While still working at the hotel, I landed my first part-time Personal Assistant gig with a member of the Johnson & Johnson family, which also included some Estate Management duties.  At first, I did some remedial things like running errands and picking up dry cleaning.  As the family’s comfort level with me grew stronger, I was assigned more tasks.  Eventually, I was taking care of the house, cars, and animals while they were away on vacation.

Becoming Invaluable as an Assistant

​That first part-time job was invaluable because it taught me the ropes.  I learned when it’s best to be quiet and when to inject my opinion.  I got to be an integral part of party planning, as well as gift-shop for discerning clients. Meeting famous people at my boss’ house was not uncommon, nor was doing special favors for them on the side (I would love to expand on this, but I can’t.  Use your imagination).

I also had to disconnect myself from the idea that high-net-worth individuals are like us because they aren’t.  Sure, they “put their pants on one leg at a time” but that’s where the similarities end.  When people have a lot of money to spend, their whims are totally different.

It was not uncommon, for example, for the family to have me fetch “take out” from a 5-star restaurant.  The cost?  A whopping $350 to eat food out of Styrofoam containers.  The sterling silver forks and $500 bottles of wine completed their living room picnics very nicely.  Minus the wine, I did sometimes get to enjoy a small portion of the feasts in the next room – very quickly, of course, because I knew another assignment was usually only moments away.

I learned that there are myriad of special products for the super wealthy that I did not even know about – and they are all ridiculously expensive.  Need special pet food for the crazy-expensive Egyptian cat?  No problem, $20 per serving.  Need special tea for brunch on Sundays?  No problem, $300 per container.  Most of the “specialty stores” in Beverly Hills that cater to the eccentric whims of the ultra-rich are not well-known to the average Joe, but I got to know them all well.

In the end, the point I would like to make is that by having the 5-Star hotel job and working out my “nervous energy” on the movie sets doing extra work, I was able to get myself into my very first role as an assistant without looking desperate or rough around the edges.  The stack of recommendation letters I already had was only icing on the cake because I was chosen for the job over many other more-qualified candidates, which brings me to another valuable lesson.

There are always going to be applicants that are more qualified than you are.  I have had the good fortune of being able to beat-out those competitors because of my determination, personality, and “can-do” attitude.  Believe me, it works!  Nobody likes a cocky attitude, but they do like confidence.

You have to go into interviews believing in yourself.  If you still lack confidence, don’t worry, just fake it.  Eventually, it will be real.  I always rehearse my interviews in the mirror or in front of friends because I don’t want to make mistakes when it really counts – in the interview.

One of the techniques I used so that I would be strong in interviews was to meet with a voice coach.  It wasn’t because I wanted to learn how to sing.  I wanted to learn the tricks that great public speakers use when they are working their magic.  That step I took to better my voice changed my life in more ways than one because not only did I become a better speaker in everyday life, I met my next celebrity boss.

When trying to determine what coach I was going to work with for voice training, I started asking questions around town; I got a list of the best in Los Angeles.  My original plan was to go try several of the top five.  Luckily, my first choice made me happy.  After studying with the coach for several sessions, my voice showed improvement.  I felt more confident at work and in my subsequent interviews for assistant jobs.

Miraculously, while studying with my voice coach, I learned he was in-between assistants and needed a new one.  After spending days getting a strategy together, I wrote him a letter and explained how he was actually losing money by not having me as his assistant.  With the letter I sent him, I included an updated resume (that looked really great), as well as several recommendation letters.  He hired me the next day!

I think it’s worth mentioning that several of my past employers said that my overall presentation, resume included, was the deciding factor for getting hired.  In the end, if an applicant is up against someone equally or more-qualified, the better resume and overall presentation is what takes the cake.  Why?  In the employer’s mind: if a candidate can’t even present a resume with a lot of “wow-factor,” how can they possibly be in charge of maintaining schedules, planning events or managing a household?​