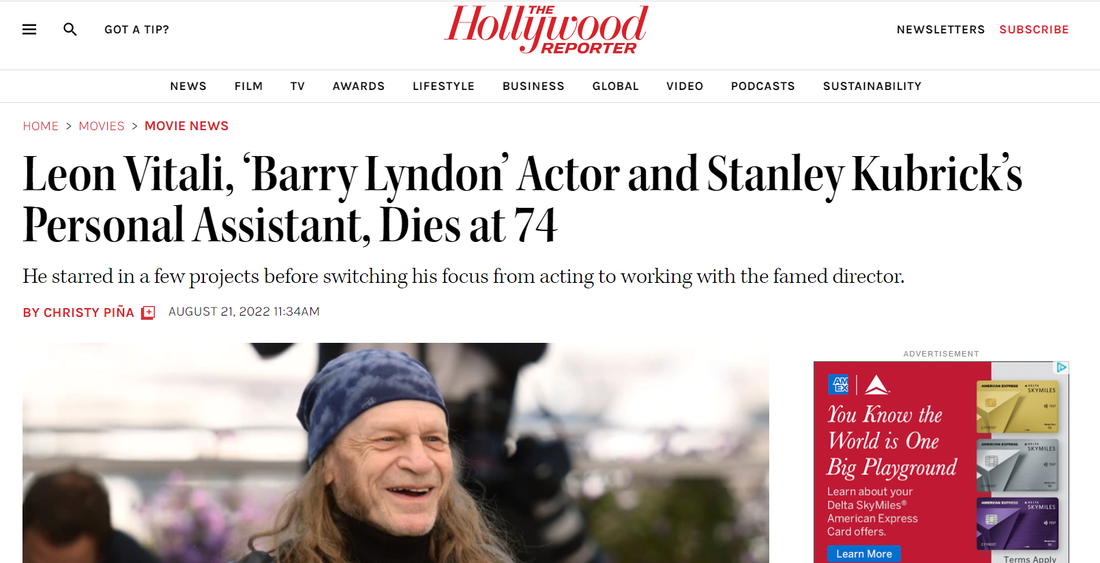 Hollywood mourns the loss of one of the greatest behind-the-scenes workers this week. Stanley Kubrick's assistant, Leon Vitali, has passed away at 74 years old. He worked for the famed director for 30 years. With movie credits dating back to the 1970s, Vitali most notably was called a "mainstay" in Kubrick's personal and professional life, working on a number of classic films like The Shining and Eyes Wide Shut, among others.

The Hollywood Reporter stated that more details weren't available on the cause of death, but Stanley Kubrick's official social media channel reported the passing of Vitali saying he was "loyal and talented." The tribute to Vitali can be seen on Kubrick's official Instagram channel.

Vitali & Kubrick on "Full Metal Jacket"
Vitali acted in many films, most notably in Kubrick's Barry Lyndon. It was after that film Vitali and the iconic director became close. From that point on, Vitali decided to become Stanley's personal assistant.

Even after Kubrick's death in 1999, Vitali was still loyal to the filmmaker by overseeing the restoration of many of Stanley's films. In fact, Leon Vitali has reached such legendary status as a personal assistant that a filmmaker actually made a documentary about his life titled Film-worker, which is available on YouTube.