Shania Twain & her personal assistant have a complex history

Not many musicians get to become a living legend. In a business of one-hit wonders, most just come and go. The exceptions go on to have long careers and win Grammy awards. Shania Twain is one such exception.

Twain found herself in the most of awkward situations when her best friend and personal assistant crossed the line and had inappropriate contact with Shania's husband. It's gone down as one of entertainment history's strangest of events; but because Twain is a winner and survivor, she's overcome and turned it into a positive.

So what happened with Shania Twain's PA? 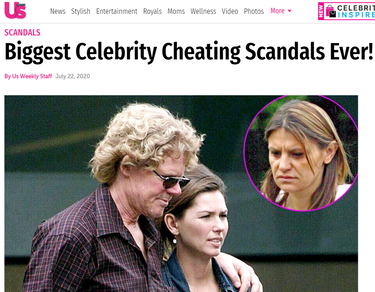 Shania Twain is currently married to Fred Thiebaud, who was the former husband to Shaina's personal assistant. You see, this is the awkward part. Essentially, Shainia and her personal assistant switched husbands.

When Twain found out that her PA was having an affair with her then husband, Robert Lange, their marriage ended. Shania and Fred became friends, but ultimately grew together to become more. They eventually married in 2011.

In a recent interview, Shania described the situation as "beautifully twisted".

Marie-Anne Thiebaud is the former assistant to Shania Twain

Shania Twain hasn't let the betrayal of her personal assistant get in the way of living her life. She's been very open about it in interviews and in her biography.

Twain's assistant was a trusted confidante and was helping run every aspect of Shania's life, including managing the palace that the super-star had in Switzerland. Although the assistant repeatedly denied the affair, the trush eventually did come out.