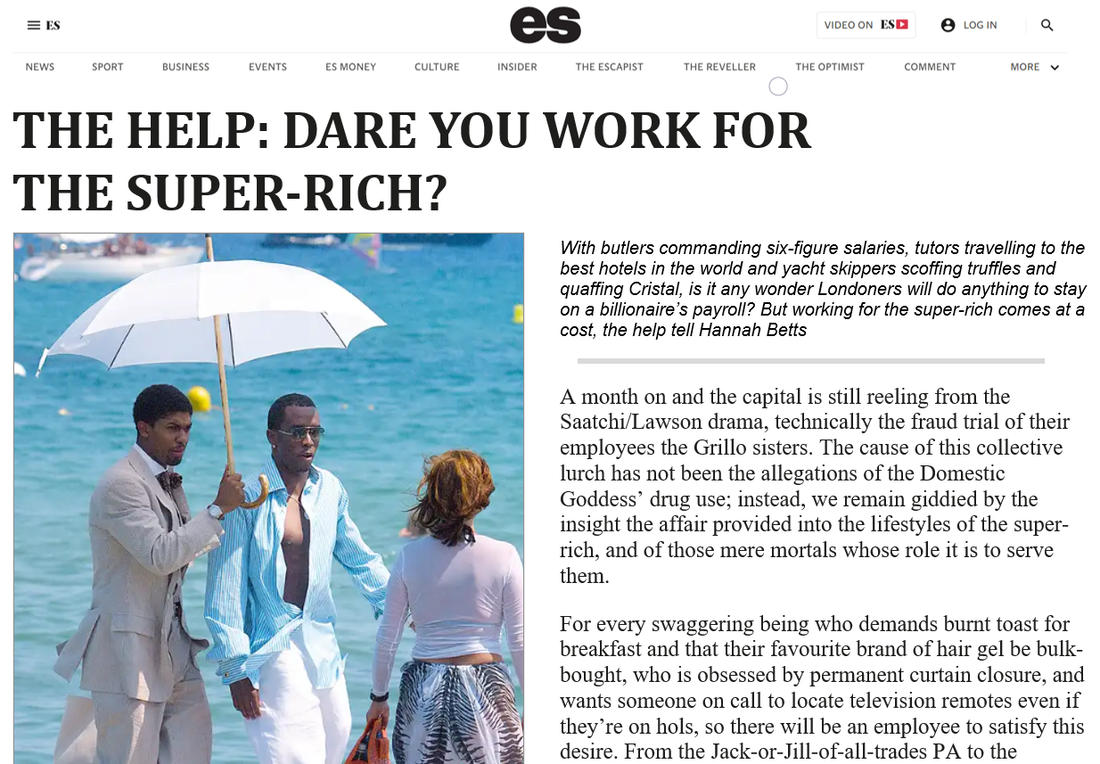 Puffy and his PA (Fair Use)

Sean Combs (aka P Diddy, Puffy or Love) has a personal assistant to hold his umbrella for him. And when you have as much money as Diddy, why not. Love's assistant, Fonzworth Bentley, has become famous in his own right. Actually, Mr. Combs had a gave the "Fonzworth Bently" name to his assistant and the PA didn't like it so much. Bentley's real name is Derek Watkins, and he has thick skin, so he could take it because he is making so much money. It's been reported that the assistant is worth $2,000,000.

What does Puff Daddy's assistant do?

As with most celebrity assistants, it's an A to Z job. Puffy's assistant helps him with his empire: music, tv, movies, cologne, alcohol and his water brand. The PA has his finger in a lot of pies. While it may seem like holding an umbrella for Diddy is a menial task, it's been reported that the assistant is actually very active behind the scenes helping Mr. Combs run is endeavors.

That umbrella photo, though, made Diddy's assistant famous. It was talked about by Jay Leno, Regis & Kelly, Time Magazine, Newsweek and People. Wow, that's pretty serious.