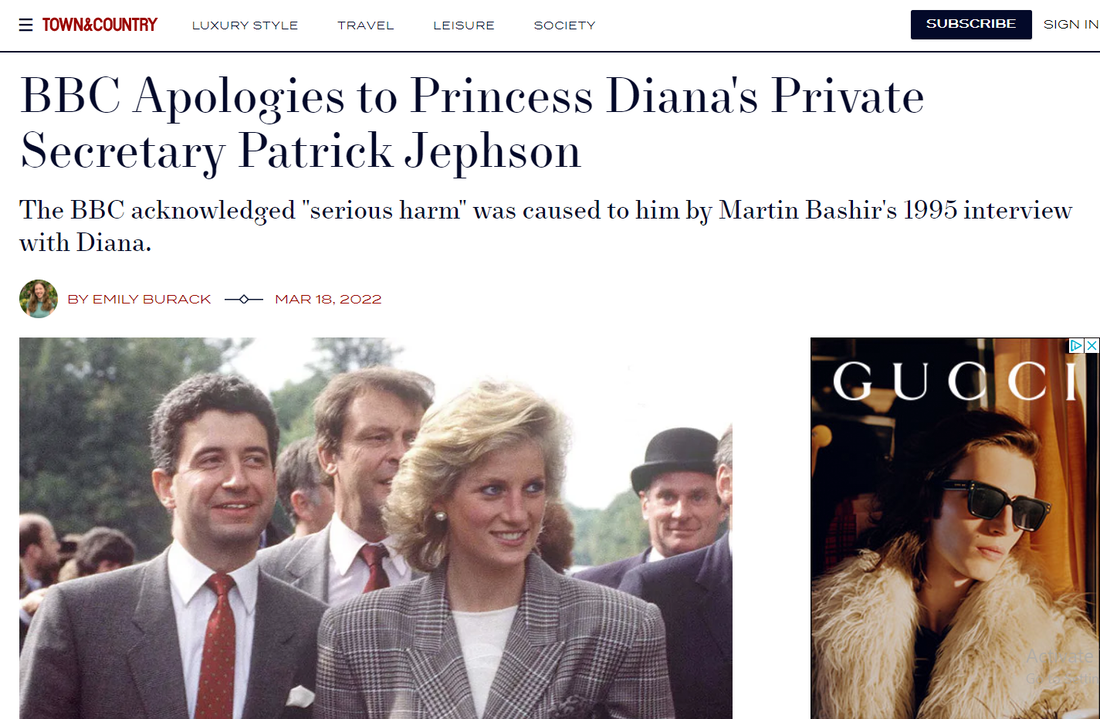 Patrick Jephson was the PA to Princess Diana

The personal assistant to Princess Diana

In a stunning reversal, BBC News has publicly apologized to the personal secretary to Princess Diana for deliberately creating a false narrative in order to secure and on-camera interview with Diana, Princess of Wales.

Today, for the third time, a ‘paper has been forced by the Law to apologise for lying about me “depriving Diana of a home”. The guilty journalist this time? Janice Turner - aka ⁦@VictoriaPeckham⁩ of ⁦@thetimes⁩
Yellow journalism. pic.twitter.com/YUuxPz9QUB

ABOVE: Diana's brother, Charles Spencer, comments on Diana's fallout with her personal secretary.

What did Princess Diana's family say about her assistant and the BBC?

In an unexpected video statement, the son of Princess Diana -- Prince William, Duke of Cambridge -- said that he was grateful that the investigation brought closure to such and unfortunate series of events. Prince William expressed sadness that the BBC's rogue reporting and false statements dramatically increased Princess Diana's stress. William didn't mention Diana's assistant by name, but generally referred to the entire event as a great misfortune.

A statement on today’s report of The Dyson Investigation pic.twitter.com/uS62CNwiI8