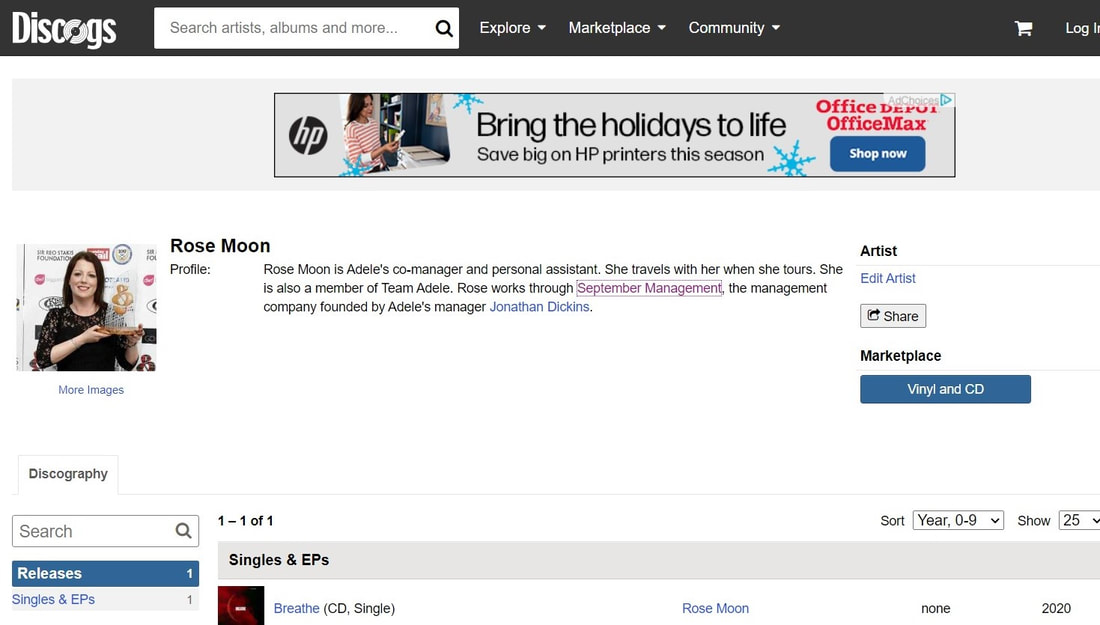 Adele's personal assistant is Rose Moon, who works at an artist management company called September Management. The company has offices in New York City and London, and it was started by Adele's manager, Jonathan Dickins.

In an interview with Vogue, Rose said that Adele is very easy going and approachable. People always want to talk to Adele when they see her on the street. The Grammy winner is just a normal girl.

What's it like to be the personal assistant to Adele?

Whenever an assistant walks into the world of serving celebrities, it's always going to be a very demanding job. That is especially true when you work for a superstar like Adele.

When Rose spoke with Vogue Magazine, she also mentioned that Adele is a very big movie fan. We could imagine that some of Rose's assistant duties would include running to the local video store and buying loads of the singer's favorite DVDs.

When Adele's business manager won an award for working with the pop star, he specifically mentioned Rose Moon. He commended Rose on her hard work, which has resulted in Moon co-managing Adele. That is a very rare circumstance when a personal assistant can rise to such a high position.