Marilyn's personal assistants were important to her

Marilyn Monroe has many personal assistants in her life

When we think of being a personal assistant to a celebrity, it probably conjures images of modern-day rock stars and Academy Award winners flying around in private jets and walking red carpets. But what about the bygone era or the Hollywood legends like Marilyn Monroe?

Assistants in today's Hollywood are portrayed in a very specific way, and many people think of the Devil Wears Prada with beleaguered assistants hating their jobs. In a way, the luster of today's celebrity assistant is tarnished. Well, it may be hard to believe, but Hollywood stars and their assistants were a much bigger deal in the old Hollywood than they are today.

In today's marketplace, Hollwood stars are many. In fact, one might say there is an oversaturation, which is why many of them come and go so fast. We have a lot more "distractions" in today's marketplace than 50 years ago. In the Golden Age of Hollywood, stars were a much bigger part of people's everyday lives, and their personal assistants were the gatekeepers to the legends of fans. 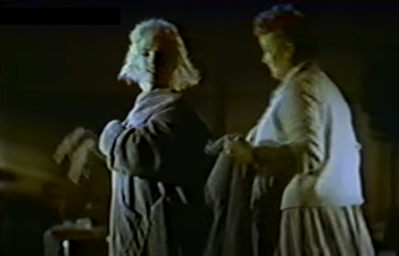 Monroe on the set of her last movie with her assistant
Marilyn really cared about the assistants and secretaries that worked for her; and that is evidenced by her actions and testimonials from those her knew her best. Monroe even left money to her secretary in her will.

When Marilyn corresponded to people, she often confided in her personal assistant and trusted her to type letters on her behalf.

Marilyn Monroe's personal assistant was the lynchpin in her life, channeling the information from agents, managers, directors, producers, acting coaching, stylists and the rest. It was her assistant to tried to get Marilyn to the movie sets on time -- and in the right frame of mind.

The glamour for Hollywood assistants is slowly coming back

While it is true that being a personal assistant to a celebrity can be grueling work, it can also be a great career with salaries skyrocketing into the $250,000 range -- not to even mention the perks like bonuses, free luxury apartments and even company cars.
Marilyn Monroe's personal assistant interview