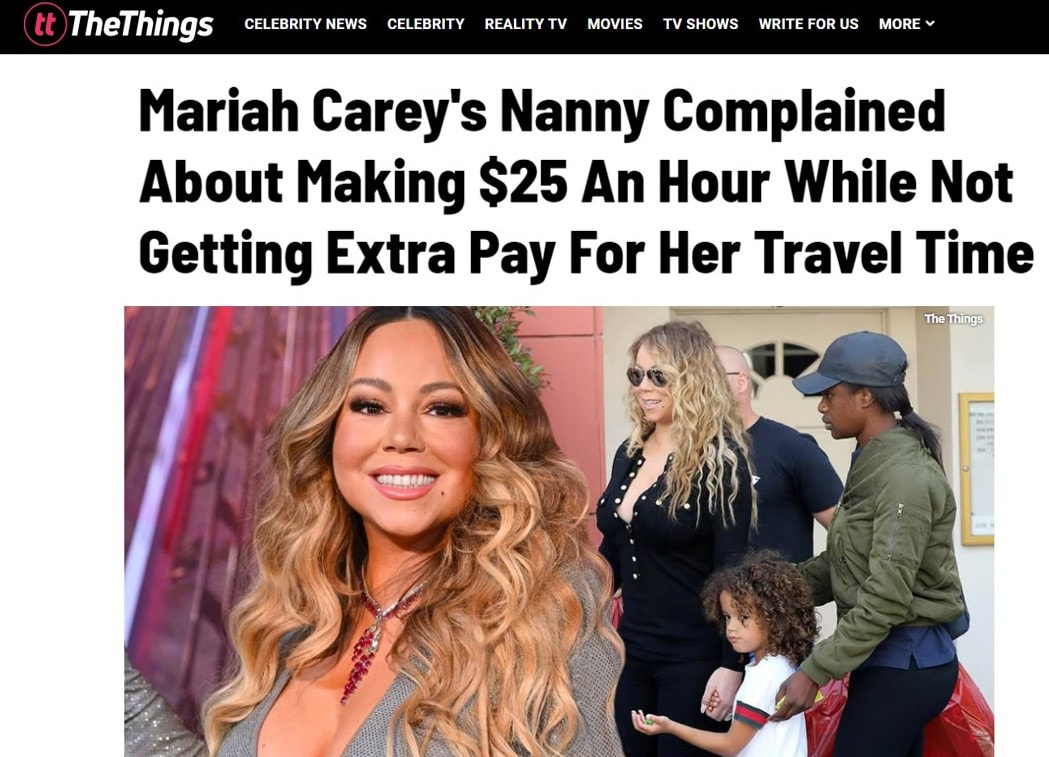 If we've said it once, we've said it a thousand times: When assistants and nannies are going to work for celebrities, it is incredibly important that a detailed contract be drawn up. Employment contracts protect the employer and the employees. When there is no job description or a contract, it will eventually spell trouble.

The Things is reporting that Mariah Carey's nanny has a complaint about her salary. Actually, this is the number-one complaint of candidates who work in the entertainment industry. It's often expected that nannies and celebrity assistants work very long hours off the clock.

Will Mariah Carey's nanny be entitled to more pay?

We can't comment on this specific case, but we can say that employers will lose in court most of the time if the law was broken. In the world of celebrities, it's very common for them to pay their staff "off the books," so the employer isn't paying taxes as they are required by law. That usually means that they aren't paying overtime either, which is also against the law.

It's very important that celebrities be aboveboard and legal in every way when employing staff. That means to have a contract, make sure candidates get their breaks and mealtime, and to pay overtime. Again, not only will the employer lose in court when they get sued, but they will have to pay penalties and damages as well. In short, they end up paying much more than they were trying to save.