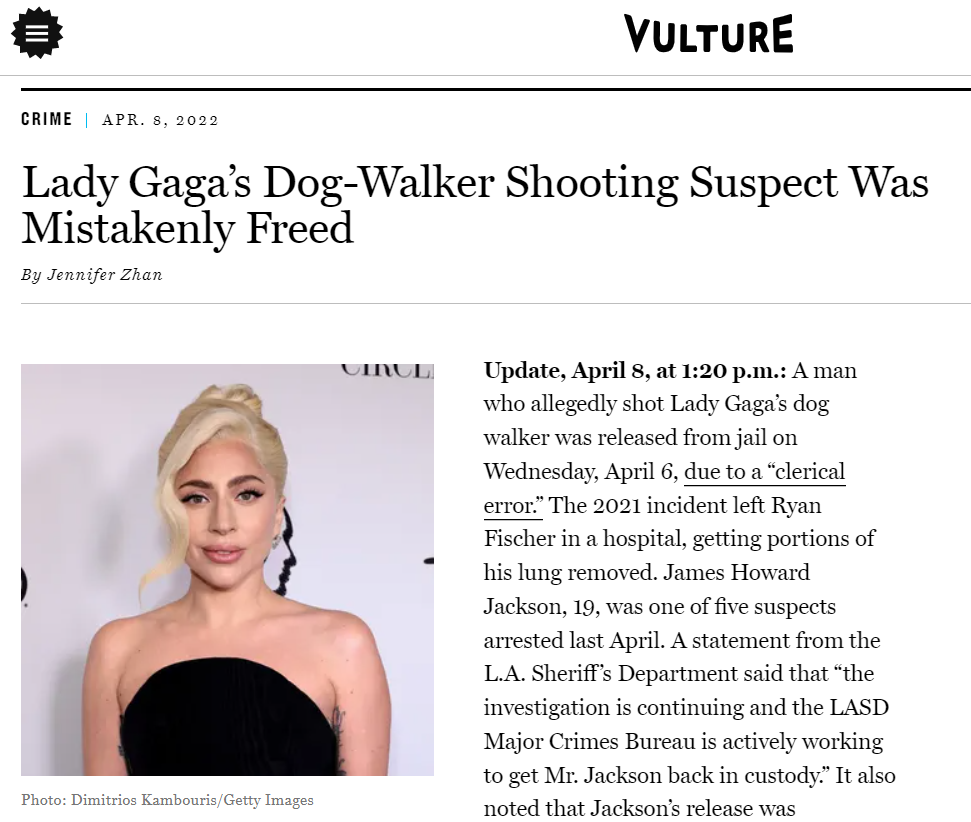 The former personal assistant to Lady Gaga, Ryan Fischer, was shot in an attempted "dog napping" as suspects tried to abduct the pets in a Los Angeles area known as West Hollywood, which is adjacent to Beverly Hills. There was intense speculation as to whether or not the suspects knew the dogs belonged to superstar Lady Gaga.

What are the updates for Lady Gaga's personal assistant?

Fischer had to undergo multiple surgeries at a local Los Angeles hospital to try to repair his collapsed lung. Lady Gaga, naturally, was intensely worried about her staff member.

After a lengthy LAPD investigation, the dogs were eventually found, and the perpetrators were discovered. In total, there were five accomplices brought to justice, but unfortunately Fischer has permanent damage -- both emotionally and physically. The personal assistant, however, has a GoFundMe page to help raise money for his recovery.

In a strange twist, nearly a year after the incident, the LAPD accidentally released one of the suspects from custody. Gaga's assistant revealed concern about it. At this time, it's unclear of Lady Gaga's personal assistant is ever going to return to work.