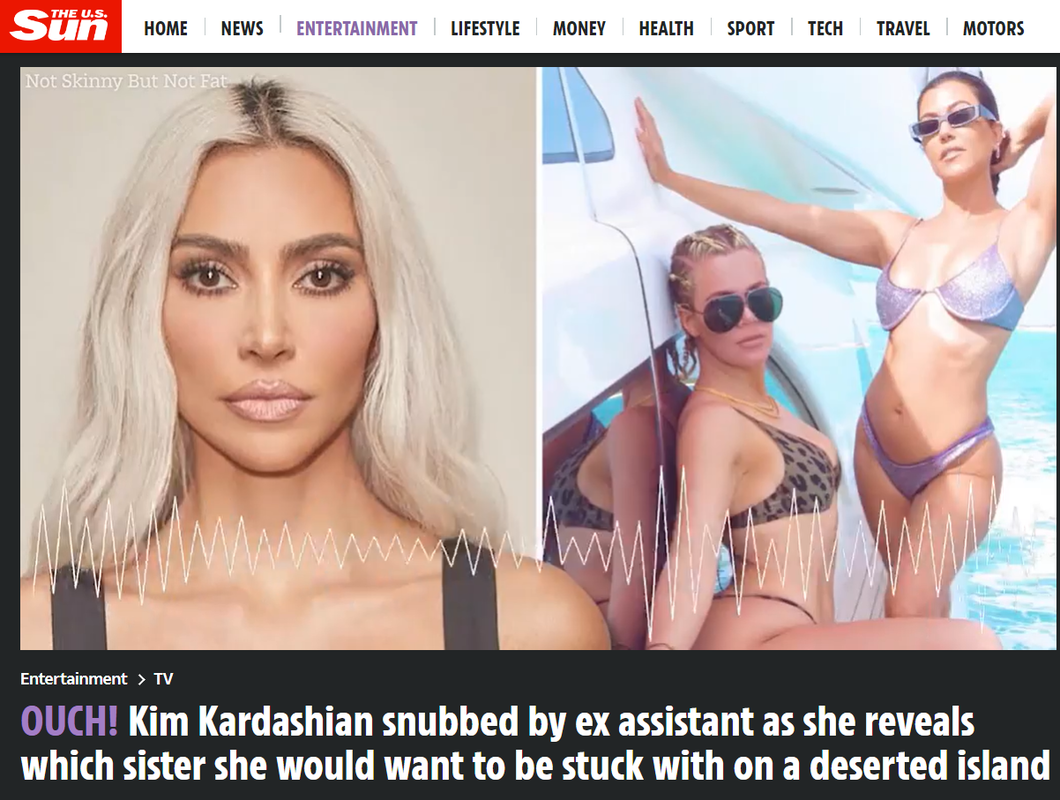 The former personal assistant to Kim Kardashian is spoke up in a podcast interview about which one of the Kardashians she would want to be with on a deserted island.

Steph Shepard used to work for Kim years ago, and when asked about the reality star in a recent podcast, the comments weren't what you would expect.

KIM Kardashian has been snubbed by her ex-assistant and friend Steph Shepherd in a recent shady podcast interview.
The SKKN mogul fired her longtime friend back in 2017.

What exactly did Kim Kardashian's former assistant say about her?

When Steph appeared on a podcast called "Not Skinny but Not Fat," she was asked about her relationship with the Kardashian family. Generally speaking, the former PA was kind toward the reality stars; but when asked specifically about which Kardashian family member she would like to take with her to a deserted island, Steph said Khloe.

For all we know, this who thing could be staged. Perhaps Steph planned the whole thing with the Kardashians in the first place. In fact, later on in the show she said that Kim bought her a $25,000 designer bag when she was still an assistant for the family. Must be nice.