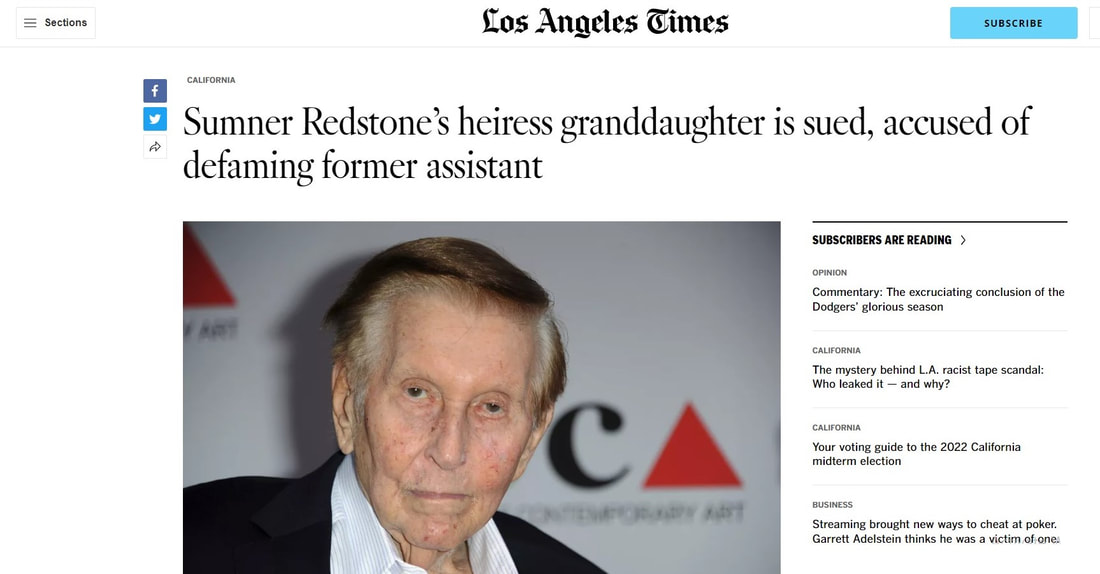 We've always said that "due diligence" is important when deciding which high-net-worth employer. That couldn't be truer than in the case of Heiress Keryn Redstone's personal assistant. The PA claimed that Redstone defamed him and was seeking damages in court.

Just as employers must vet personal assistants, the opposite is also true. When a PA is going to work for a billionaire or celebrity, making sure that there is a good match is paramount.

The former assistant made bombshell claims that Redstone has serious substance abuse problems and could barely manage her own affairs, according to information published by the Los Angeles Times newspaper. The story gained traction because Keryn is the granddaughter of the late billionaire Sumner Redstone, who was the head of Viacom (the owner of Paramount motion picture studios.

What happened to the personal assistant lawsuit against Keryn Redstone?

Redstone's former personal assistant, Scott Michael Nathan, hired a lawyer who had been trying to settle the case out of court for months. Nathan had been seeking damages because he said the heiress had been slandering his name and making false claims against him. Finally, he's dropped the lawsuit against Redstone, presumably because she has settled to keep things quiet.

The personal assistant was also the estate manager for the heiress and had obtained a $50,000 signing bonus to work with her, which had been sent to Nathan's PayPal account. But when Redstone became unreasonable, the lawsuit claims, she disputed the charges and had PayPal reverse her former assistant's payment.