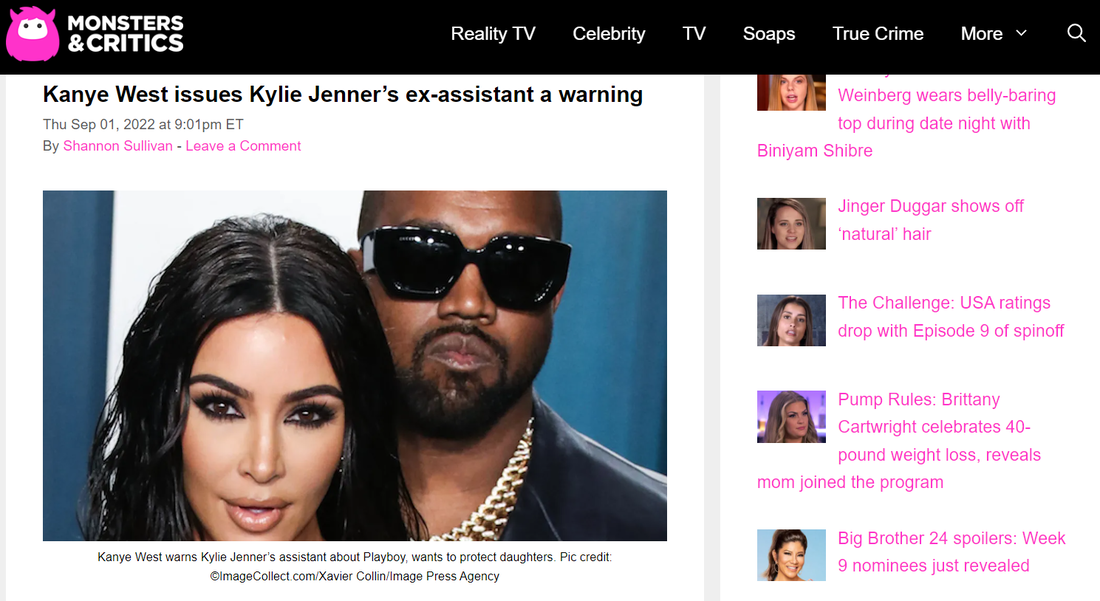 Whether you like or hate him, it's not very easy to ignore Kanye West, especially when he issues you a direct warning to someone. Apparently, the rapper has fired shots across the bow with Kylie Jenner's former assistant, Victoria Villarroel.

If you're not up on the news, Victoria was Kylie's assistant for a while, but now they are good friends and just hang out. Also, Kylie's former assistant has become somewhat of an influencer herself; and it seems that Kanye doesn't like it.

What demands is Kanye West making to Kylie Jenner's ex-assistant?

As usual, Kanye has been spouting off on social media. He claims that Kris Jenner forced Kylie Jenner and Kim Kardasian to be in the Playboy magazine, and he is warning Victoria Villarroel not to make the same mistake.

Kanye went on to say that he was directly affected by Jenner and Kardasian's decision to do the spread (no pun intended). It's not clear why Mr. West has issues with this since he's no longer married to Kim, and Victoria is no longer Kylie's assistant. In short, this all must be another one of Kanye's publicity stunts.

We understand, of course, that Kayne has two daughters; but this is a family matter, and it shouldn't be playing out over social media.