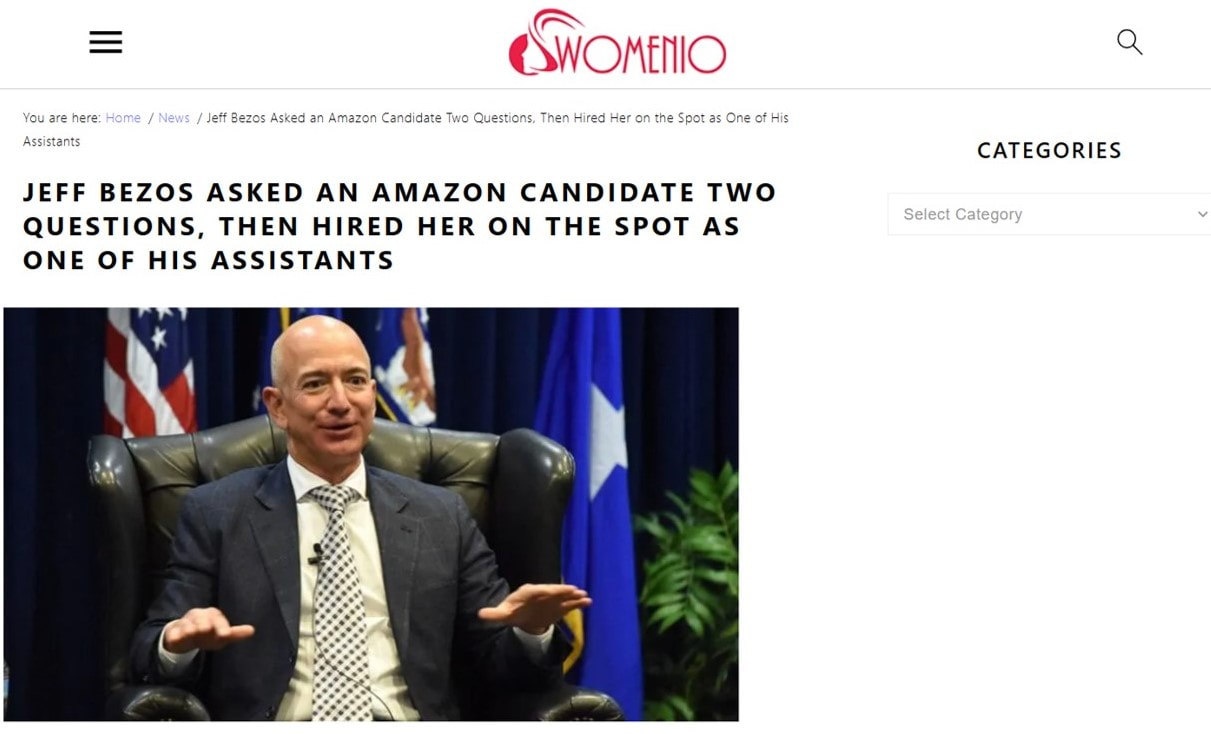 How Jeff Bezos' assistant was hired

Have you ever wondered how a billionaire like Jeff Bezos would hire an assistant? What interview questions would the richest man in the world ask? Let's find out.

When Ann Hiatt was searching for an assistant job, she applied to Amazon. Little did she know that it would completely change her life. Hiatt didn't know at first who she would be working for but went through a series of typical interviews.

What did Jeff Bezos ask his assistant in the job interview?

In an interview with CNBC's Make It, Hiatt described just two questions that Jeff Bezos had asked her in the interview. After she answered, he hired her on the spot.

The first question went something like this: How many panes of glass are in the city of Seattle?

It goes without saying that answering this question has little to do with being an assistant, but Bezos had a plan. He wanted to see how meticulous his potential assistant could be.

Hiatt was very clever and explained to Bezos that she would start her estimation with the population of the city, then figure out how many homes the city has, etc. Once they talked it out for a while, Bezos and his would-be assistant came to a number that they could agree on.

What about the second question Jeff Bezos asked his assistant?

The second question was a lot less perplexing. Bezos just asked Hiatt what her career goals were. To her credit, she had done her "homework" and studied the company. Hiatt studied up on the Amazon and cited several of the company's goals and initiatives, which aligned with her career goals. It's exceptionally rare for a candidate to go into a job interview that overprepared, but she was. And that, ladies and gentlemen, is how Ann Hiatt become Jeff Bezos' assistant.