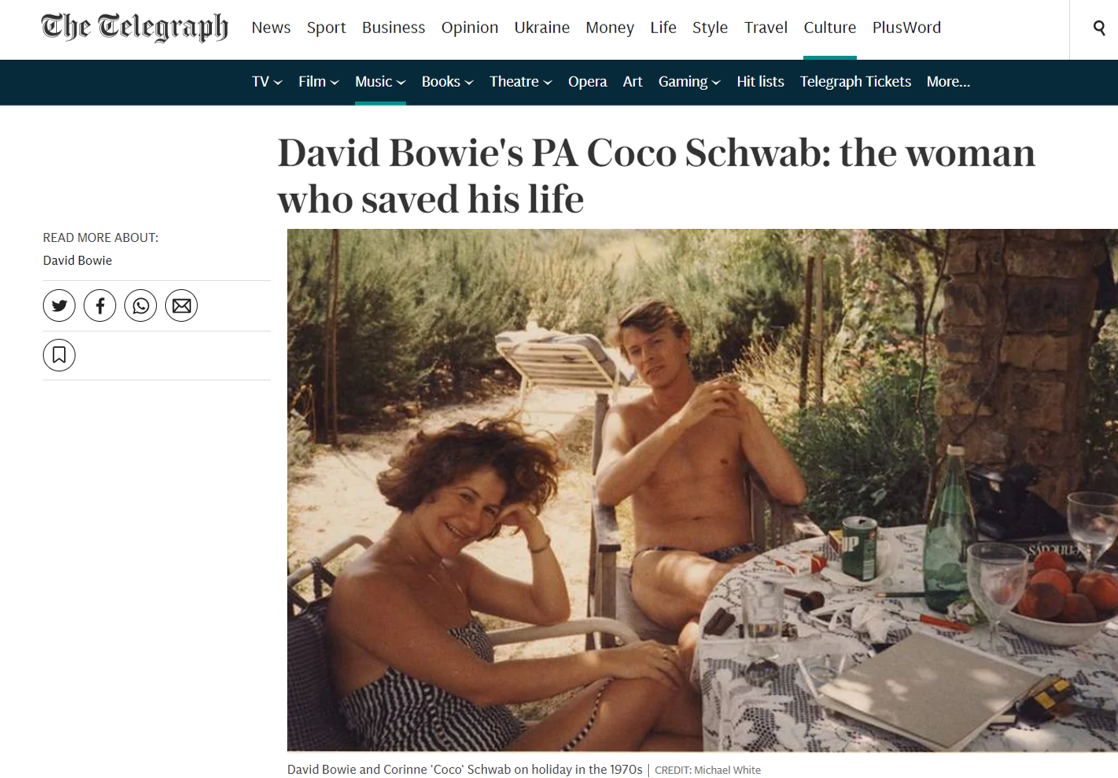 Who was David Bowie's personal assistant?

There are less than a handful of personal assistants who have become legends, but Coco Schwab is one of them. She served as David Bowie's PA for a staggering 42 years (up until his death).

In the celebrity assistant world, PAs are often like "one hit wonders," often doing little stints for a short time before quitting the business altogether; but Coco was in it for decades and with one person. It certainly speaks volumes.

How did David Bowie's PA get the job? 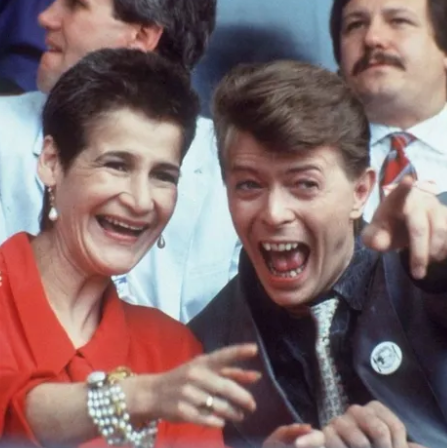 David Bowie's PA was his confidante and friend
Back in the 1970s, there weren't domestic staffing agencies on every corner like there is today. In 1973, Coco answered an ad in the newspaper that said, ​ “Girl Friday for a busy office.” Little did Coco know that she would become a personal assistant to one of the most legendary rock stars in the history of the industry.

Interestingly, Coco was originally hired to be a sort of temp because Bowie was only going to use her for his tour in the United States at the time. She became so invaluable to him that he kept her on for good.

Coco is even credited with saving Bowie's life, and the rockstar wrote a song about her titled "Never Let Me Down".

How much money did David Bowie leave his personal assistant?

It was reported by a number of media outlets that Bowie's assistant was left $2,000,000, which is hardly a surprise because she was his dear friend and confidante. As a former celebrity assistant, myself, this is very heartwarming because some celebrities are so thrifty that they don't even want to buy their PA some lunch.