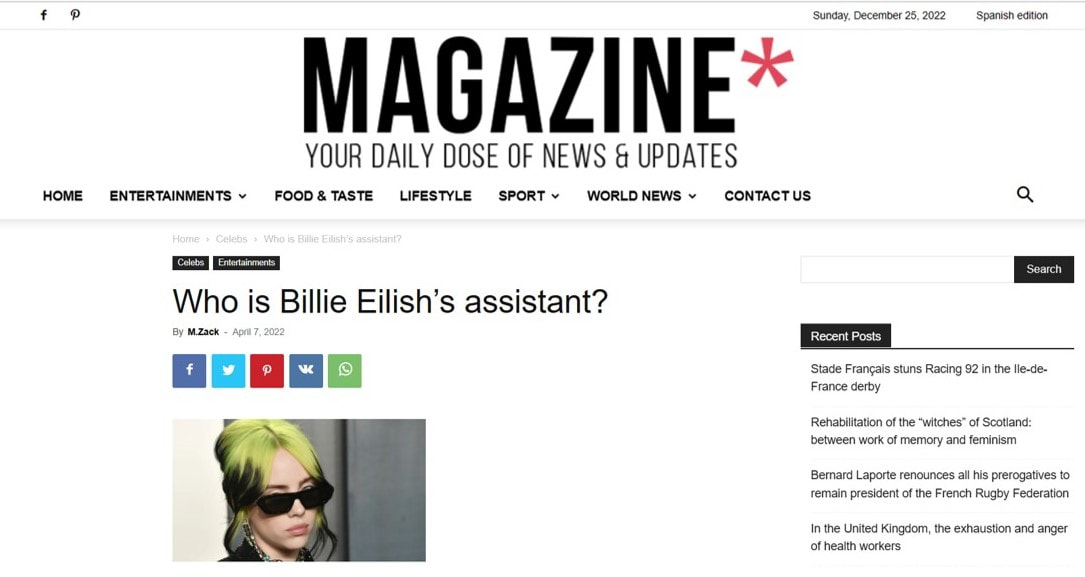 If you have ever wondered who assists Billie Eilish, then look no further. The award-winning singer's assistant is Laura Ramsay. Eilish's management team originally hired the PA to be a go between for the music star and the managers, but Ramsay also has executive assistant status as well. In the staffing industry, we call that a hybrid role in the staffing industry.

Ramsay works with the management team -- Danny Rukasin and Brandon Goodman -- to give Eilish 360-degree coverage and support. This would include calendar management: getting to the recording studio, personal appearances, and award shows like the Oscars and the Grammy Awards.

Billie Eilish's collaborator is also her brother, Finneas O'Connell. It's unclear if Ramsay is a personal assistant to the pair, but perhaps she is. It's also been reported that Billie's mother sometimes acts as her assistant as well.