The Royal Saudi Family: Anticipating Needs as a PA​ 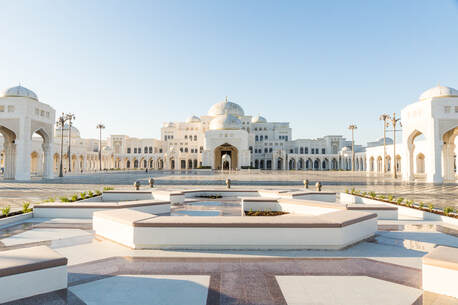 Personal assistants should anticipate needs
​Working for clients as discerning as the Saudi Royal Family was an amazing opportunity to learn just how clairvoyant an assistant needs to be to satisfy his or her boss. For starters, it became clear to me fast that I needed to take some lessons in Middle Eastern customs and familiarize myself with some Arabic phrases.

In restaurants, for example, I had to explain to the manager before my boss arrived (advance team) that the waiter could not suggest any dishes that had pork because it would be a violation of their Muslim religion.

Also, I learned that if you’re in a seated position (and your legs are not crossed) and you have the ankle of one leg resting on the knee of the other (as most men do when socializing), the bottom of your foot should never be facing your Saudi boss because it is considered rude. Knowing these little tidbits really helped tremendously. In short, if you are going to travel with your boss to another country, learn about their local customs so that your boss does not get embarrassed for doing the wrong thing. On that note, when in Asia, one should always pass a business card with two hands instead of one. Otherwise, it would be considered a major insult.

Working as an assistant in an advance team

While working for the Saudi Royal Family, sometimes I got lucky and had to organize an advance team to a location. This was a luxury I rarely enjoyed but appreciated greatly. My boss just had to face the fact that sometimes trips needed planning, so he sent me ahead to arrange everything. I would go for a week or two and scout 5-star hotels -- that’s if we weren’t traveling to a place that already had a vacation home or Royal Saudi Palace.

The parameters for their needs made it difficult to procure a wide array of choices because I would often need to rent an entire floor of rooms. Between all the princes, princesses, bodyguards, assistants, nannies, etc., I sometimes needed two floors of a hotel. I also needed to give the staff some special training on how to address the family, among other things.

Additionally, I would go through the suites to make sure that every single feature in the room worked properly. Anyone that has traveled extensively knows that it’s not uncommon for a faucet to be broken or a television remote to be faulty, even in the best hotels. I would spend about 30 minutes in each room flipping light switches, checking the televisions, and even making sure every light bulb worked.

You may be asking yourself why I was doing it instead of instructing housekeeping: As the old saying goes, if you want it done right, you have to do it yourself. Even at the 5-star hotels, things go wrong. Simply put, I didn’t trust the job to anyone else because if they screwed up, I would have to take the blame.

Introducing myself to every major player in the hotel helped a great deal. Since I had previously worked at the 5-star level, it was really beneficial. What was really advantageous was the fact that I greased their palms, well. When it came to tips, this was an area in which I was not chintzy. People in the hospitality industry work for tips -- PERIOD!

​I let them know that if they bent over backwards each time that I needed something, that there would be plenty more cash, and there was. I always kept my word because those people became a valuable part of my team while staying there. Not to mention, if and when we ever went back, I would be covered. ​