Working for the famous voice coach 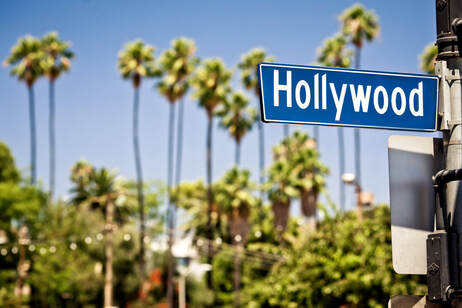 Being a personal assistant is a career
Luck happens to men and women of action. I don’t like using the word “luck” because it implies that there isn’t hard work involved. Let the truth be known, I was in Los Angeles for years before I landed my first full-time assistant gig. During that time, though, I was honing my skills, gaining experience, and collecting a series of strong recommendation letters. So when my opportunity to work as an Executive Personal Assistant and Estate Manger to a famous voice coach presented itself, I was ready!  Most importantly, I felt I deserved it because I worked so hard for it.

Working for the Voice Coach (whose name has been purposely withheld to prevent him being flooded with resumes and phone calls) was a great job. I was really able to put all my years of service and hospitality experience to the test. The nice thing about working for him was that he let me try new ideas for streamlining his business. Some worked better than others, but I usually made improvements.

Being at work in the studio with him, in many ways, was like being at The Beverly Hills Hotel all over again because of all the stars parading in and out. It was like an awards show every day (to me anyway). For the first time in my life, I was living the dream. I can’t tell you how good it felt. There’s nothing wrong with having fun at work, right? I had a great boss, I was meeting famous people, and he and his wife became like family to me.

Ultimately, I was in charge of his house, studio, cars, pets and schedule. When he went out of town – which was twice a year for two weeks each time – I moved into his house so I could watch over things, get the mail, and take care of the animals. When he was gone on vacation and would call to check up on things; I was proud to be able to say “it’s all under control.” I feel that part is important because he had confidence in me and it meant a lot. Gaining the trust of your boss is an important step in your professional growth. Without it, you can’t get a pay raise or a recommendation letter.

Give or take, I worked for the voice coach for roughly three years. Each day presented a set of new challenges and I was always up for the task. The key to being a successful assistant is to be able to handle all things unusual, all the while being graceful and businesslike.

About halfway through my tenure with him I asked for a 25% raise, which is unheard of. I outlined all the reasons I deserved more money and, to my surprise, he gave me the hefty pay hike without blinking an eye – another important lesson: I worked my tail off for him and he could see I cared about my job, so when it came time for more money he happily agreed.

Being familiar with technology proved to be very important in this role with the voice coach. I was in charge of running his business, so efficiency was paramount. Up until that point, he did not have what we call a House Manual, which is a book or three-ring binder with the names and numbers needed to solve any problem that may arise: plumber, electrician, vets, etc. So I made one.

Having an up-to-date Manual in any assistant job is critical. Taking the time to make sure that data is also stored digitally in your mobile phone will prove to be a life saver more than once. You never know when you’re going to need it when out in the field.

On that note, having back-up plans for almost anything that you may be confronted with will help you tremendously. It almost seems that Murphy’s Law (anything that can go wrong will go wrong) was invented exclusively for the assistant.

As an assistant, it was not uncommon for me to have back-up plans for the back- up plans, as well as contingencies built in for each of those plans. Why? Because when working for the rich and famous, unpredictability is commonplace.  You will be constantly confronted with the most unusual situations, and it is an assistant’s job to anticipate the needs of his or her boss (because giving excuses for failing can end your job).

On one occasion, for example, I got a flat tire while I was on the way to delivering some very important documents to a motion picture studio. Because I had three different taxi companies already programmed into my phone, I was able to speed dial them all to my location.  Yes, all three because the first one that arrived is the one I took.  It can take a taxi anywhere from five to thirty minutes to arrive, so don’t waste time just waiting for one company (FYI: Uber didn’t exist then).

The time eventually came when I felt I had outgrown the job working for the voice coach and needed to move on. I felt very bad for even suggesting to him that I was going to leave. Not only because he had given me a raise, but because he and his wife were like family to me.  I can’t tell you how supportive he was. Not only did he write me an incredible recommendation letter, he told me to come back anytime. I am still in touch and work for him on occasion to help out for important projects. Remember, it’s a long career and never burn bridges.