​Employers: Do You Have Champagne Taste on a Beer Budget? 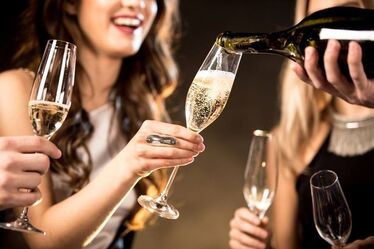 Expectations need to be backed up by a good salary
One of the biggest surprises of my recruiting career would have to be that some employers always push the boundaries when it comes to their hiring budgets. Actually, I’m not at all opposed to those lengthy job descriptions with lofty expectations – That is, when the employer is actually willing to match the salary to go with it.

Thrifty behavior actually leads to a revolving door of candidates and exhausts a company’s resources. Ultimately, when companies cut corners on salaries, more money is actually spent in the long run because of the time and energy expended replacing employees; and a company still won’t have the best candidate for the position. As illustrated above, you’ll just be left empty-handed.

For example, there are a number of high-profile companies that are infamous in the recruiting world for their frugal behavior; and we’ve always politely turned them down because they have become renowned for their cheap hiring sprees and; basically, have been to every recruiter, employment agency, and headhunter in New York City as well as Los Angeles (trying to refill the same positions over and over again).

In short, the companies’ reputations for turnover have become legendary and quality candidates have lost faith in the perpetrators' brands, as evidenced on many websites that rate employers’ interviews and job experiences (like Glassdoor.com). I know it seems ironic that some of them are Fortune 500, but high-profits for shareholders doesn’t always equate to a good working environment or a “competitive” salary.

In one of my posts that was featured on LinkedIn titled “Employers: Recruiters Aren’t Modeling Agents,” I discussed how some top-tier companies often request candidates that are good-looking; and actually put priority on the looks over the actual qualifications. Now I’d like to talk about another crazy reality: The “champagne taste on a beer budget” syndrome. Yes, it’s a serious disease that’s spreading rampantly throughout corporate offices everywhere.

If your company wants to hire the best of the best candidates but not pay them what they are worth, then here are some of the signs and symptoms that your company’s Human Resources department might have a hangover from cheap beer (metaphorically speaking of course).
​READ MORE LIKE THIS >>