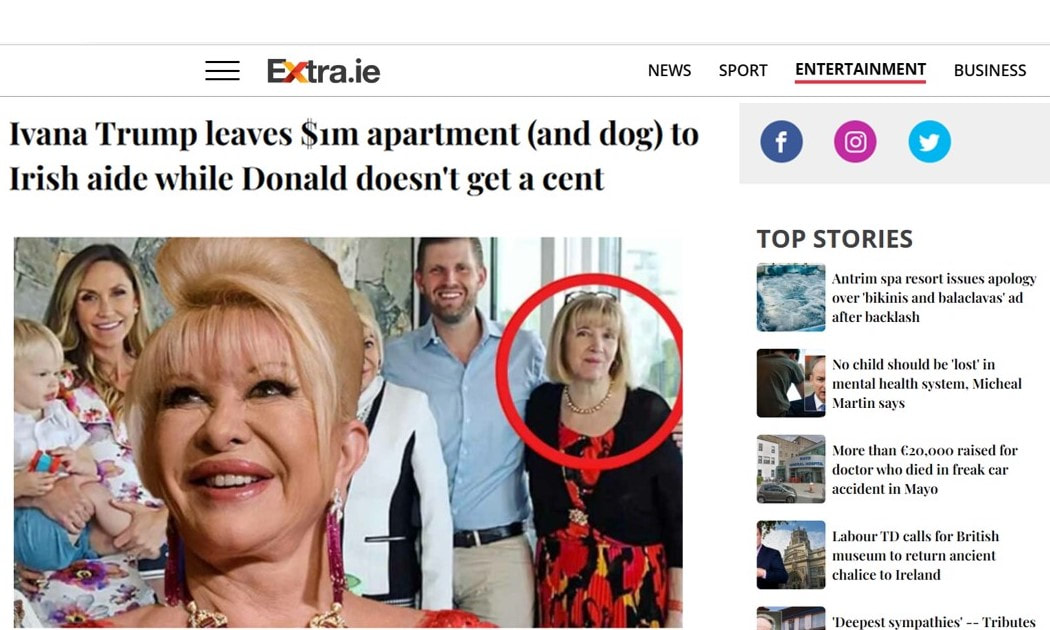 The 30-year aide to Ivana Trump gets a gift

The nanny and personal assistant to Ivana Trump has been willed a $1,000,000 apartment upon the accidental death of Trump. The aide, Dorothy Curry, had worked for the Trumps for 30 years and raised the children.

Last month, Ivana Trump accidentally fell down a set of stairs in her New York apartment. She was 73 years old. The flat that has been left to the assistant is located in Florida. Trump's other assets -- estimated at $34,000,000 -- were divided up amongst the children: Ivanka, Eric, and Donald.

It's been widely reported that the Trump children had a lot of affection for their former nanny. Even after the children grew up, Curry continued to assist the family and was an integral part of their lives.