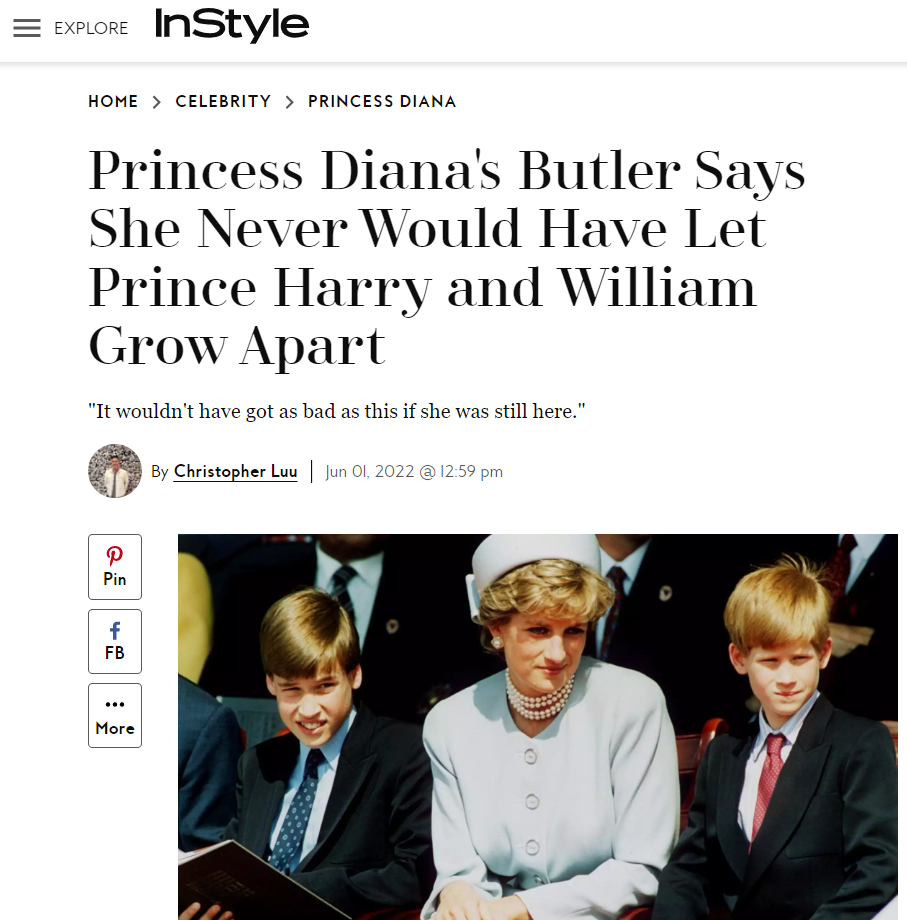 Princes Harry and William, unfortunately, have grown apart during the years. According to Princess Diana's former butler, Paul Burrell, The Princess of Whales would have never let that happen if she were still alive.

It's been reported that Kate Middleton has been trying to keep the two brothers together, despite their differences in opinion about the royal household.

The butler, Burrell, also explained why he can't understand why Prince Harry and Prince William have grown so far apart because they were the best of friends growing up. In fact, after Princess Diana passed away, he thought they would grow even closer. It's hard to know what Queen Elizabeth thinks of this situation because she's never commented on it.

Marie Claire recently reported that William and Harry speak over video chat and that the two are planning on seeing each other at the Queen's Platinum Jubilee.