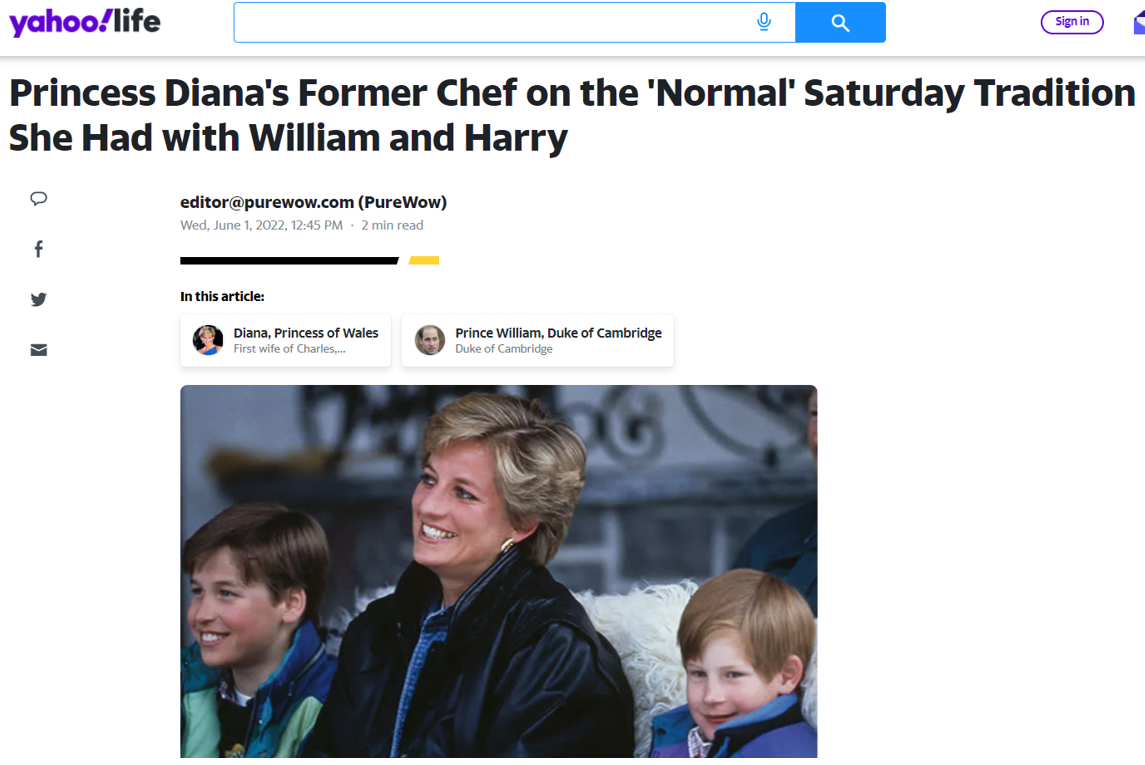 Princess Diana, as much as possible, tried to bring normalcy into the royal household when she was raising Prince Harry and Prince William. According to Diana's former chef, Darren McGrady, even though the children were growing up in palaces and being served by butlers, the family did try to hold onto the everyman's traditions.

McGrady explained that on Saturday night, the Princess would sit down in front of the television with her boys and enjoy the night together, even encouraging the children to eat some of their favorite snacks, so everything didn't have to be so healthy.

The nanny usually suggested the boys eat chicken, vegetables and other sorts of healthy food, but on Saturdays for dinner they could have pizza.

Part of Princess Diana's lasting legacy is that she wanted her children to experience normal things in life, that's according to the Princess of Whales former Chief of Staff, Patrick Jephson. So Diana made sure they could go to the movies, fun parks, and eat things like fast food.

This article was adapted from PureWow