How many people can say they held the real-life Titanic movie necklace — a part of motion picture history! Well, I did just that back in the late 1990s when I got to meet Celine Dion before she sang “My Heart Will Go On” at the Academy Awards (Oscars). 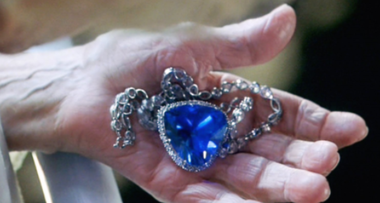 The real Titanic movie necklace is worth $4 million
In the Titanic movie, the necklace was named “The Heart of the Ocean,” which was inspired by the real-life Hope Diamond (now securely located in the Smithsonian Museum). A little-known fact, though, is that James Cameron had an actual replica made with real precious gems, which is valued at approximately 4 million dollars, and it was worn by Celine Dion at the Oscars.

The necklace was made by celebrity jeweler Harry Winston, who was famously mentioned in the Julia Roberts movie Pretty Woman when Richard Gere put the diamond encrusted Winston necklace around Roberts’ neck (for their San Francisco opera date).

My connection with the Titanic necklace: Assisting the Stars

Back in 1997 and 1998, I worked at the world-famous Beverly Hills Hotel (aka The Pink Palace) on Sunset Blvd in Beverly Hills. As a front desk agent, I got to assist all of the celebrities and other types of VIPs that checked into the property. At that time, the hotel was a hot spot for Oscar pre- and post-parties, so it was a sort of Mecca for A-listers. The official Miramax party was held in the world-famous Polo Lounge, and that’s what gave me unprecedented access to Hollywood’s top stars.

On that fateful night of the official Academy Awards party (just hours before the Oscars were to begin), I was on-duty at the front desk when a well-dressed gentleman approached me because he needed assistance to enter the vault (the hotel has a walk-in vault to hold the precious jewelry of the rich and famous that stay there). Since the gentleman had been standing next to Celine Dion in the lobby only moments before, I figured he was her agent or publicist, so naturally I gave the gentleman my undivided attention and ushered him into the safe room quickly.

We went through the customary signing of documents before he opened the safety deposit box, and the man removed a black velvet box from its niche. I thought nothing of it until I saw the man’s hands trembling a bit. He looked at me and said with a smirk, “You want to see something cool?” I said, “Certainly, sir,” with anticipation. The man opened the box and revealed to me the actual Titanic movie necklace. Of course my jaw dropped to the floor.

The story behind the making of the real Titanic necklace

He proceeded to tell me that the necklace had just been sold for about $4 million (to benefit charity) and he was going to be putting it on Celine Dion before she left to sing “My Heart Will Go On.” We left the vault together and, indeed, he assisted her to place the necklace on Ms. Dion's neck, and she was whisked away in a limo to make Oscar history.

Later that night the man approached me again and detailed his experience of going to the Oscars with Celine (as part of her security detail to protect the necklace). During her performance, Ms. Dion did her famous “chest thump” (occurs at 2 min 20 sec) while belting out a big note and almost broke the necklace because her fist landed directly on the “Heart of the Ocean” necklace.

As you are probably aware, James Cameron’s Titanic movie was the most expensive film ever made (at that time) costing a whopping $350 million (in today's money) and was also the highest-grossing movie of all time. Both the record-breaking cost and revenue stream was only broken again by Cameron himself when he made the Avatar movie. Titanic was nominated for 14 Academy Awards and went on to win 11, including Best Director and Best Picture.

Meeting celebrities at the Oscars party

While at the Oscars party, I got to meet a small army of celebrities including Winona Ryder, Michael Cane, Demi Moore, Ben Stiller, Robin Williams, and Matt Damon & Ben Affleck — who won the Academy Award that year for writing the movie Good Will Hunting. 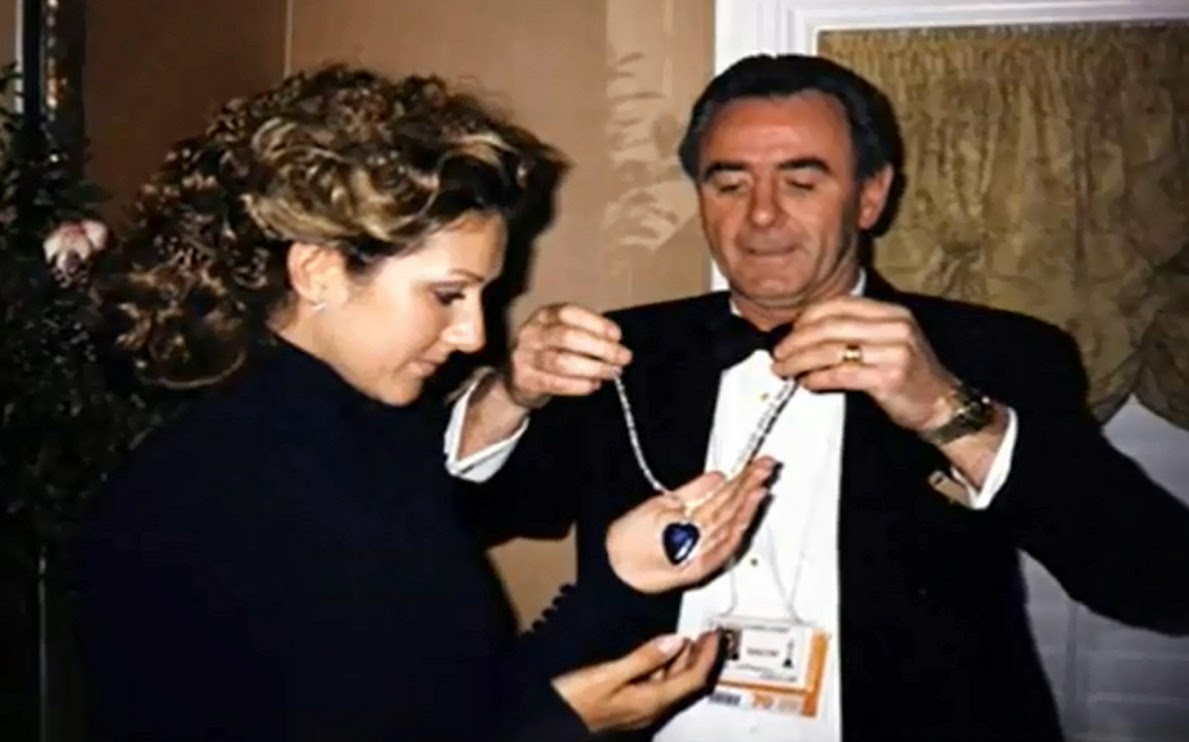