Lights, Camera, Action! Where is my Personal Assistant? 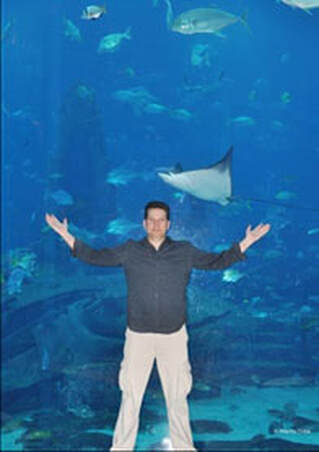 Celebrity PA job perks
We’ve all heard the nightmare stories about assistants. We’ve all seen the movies The Devil Wears Prada and Swimming with Sharks, but are the stories really true about nightmare bosses?

We caught up with celebrity personal assistant Brian Daniel, who is owner and founder of www.FindCelebrityJobs.com, to get the real inside scoop on the PA business. We think you’ll be as surprised as we were to learn the truth.

Before starting his own company that places personal assistants with celebrities and high-net-worth families, Mr. Daniel was in the trenches of Hollywood paying his dues. A former retail manager, Mr. Daniel decided to put all of his service and hospitality experience to the test by becoming a celebrity assistant -- and he’s never looked back since.

While working at a famous landmark hotel in Beverly Hills, Mr. Daniel met just about every A-list celebrity that you can name. All the while, he was dealing with their personal assistants behind the scenes. Sometimes it was a breeze, and most of the time it was a nightmare. “The whole time I kept thinking to myself [when dealing with the rouge assistants], I could do a much better job,” Mr. Daniel thought to himself. So, he decided to put his mind to it and actually go for it.

Eventually, Brian landed his first important personal assistant job with a celebrity vocal coach. After several years as the coach’s Executive PA and Estate Manager, he parlayed that experience and landed a very coveted gig with the Saudi Royal Family.

After years of the jet set life, Brian decided to leave it all behind to start his own business for other personal assistants and became a headhunter for high-net-worth families and billionaires.

“I just felt it was time to pass the torch. After a while, the lifestyle kind of gets to you, and it’s time to throw in the towel,” gasps Daniel. He insists it was all a fun ride. In fact, he misses it just enough that he occasionally takes a temporary gig if an employer requests him specifically. It isn’t uncommon for Brian to do a day or week-long job with an A-lister or billionaire on vacation.

The important thing to know is that -- for the most part -- a celebrity personal assistant job is not like the movies or books you’ve read, insists Brian. All of that is hype to get people into movie seats to buy popcorn. “Most of the people I’ve worked with are very nice indeed,” Brian says with a big smile.

All things considered, books and movies are about entertainment. Brian insists that he’s been approached more than once by tabloids and other cable news shows for gossip but has always passed.