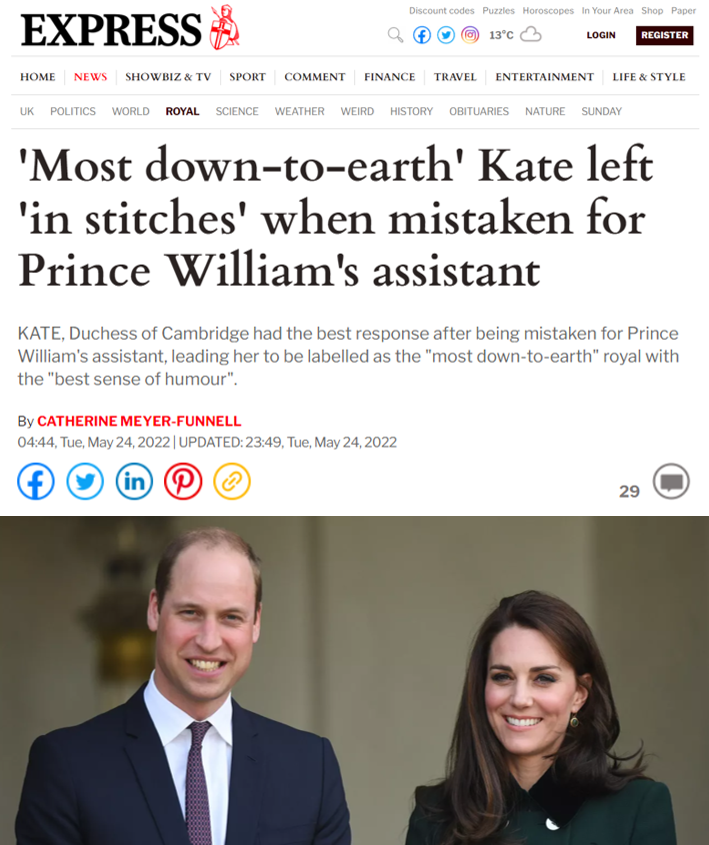 In a very strange set of circumstances, Kate Middleton -- The Duchess of Cambridge -- was mistaken as the personal assistant to Prince William. That's awkward! But in a lighthearted twist, it was reported that Kate took it all in stride and has a great sense of humor.

As a former personal assistant to a royal family, I can say firsthand that these sorts of awkward situations arise more often than you'd think. For example, in one strange episode, I was with a prince on a private 747 aircraft that landed at LAX airport. We were met on the tarmac by a large crowd. In those situations, it's a big confusing who all of those people are and what they are doing there. But you need to have faith that the State Department and Secret Service have done their jobs and that everything there is "clear."

For some unknown reason, one of the assistants to another one of the royal family handed a tip to someone who was being gracious and courteous to his royal employer. Well, it turns out that the person being handed the money was a diplomat. Of course this was a royal blunder -- no pun intended.

The personal assistant who was giving the money out had his heart in the right place, but it was a big faux pas, and it shouldn't have happened.