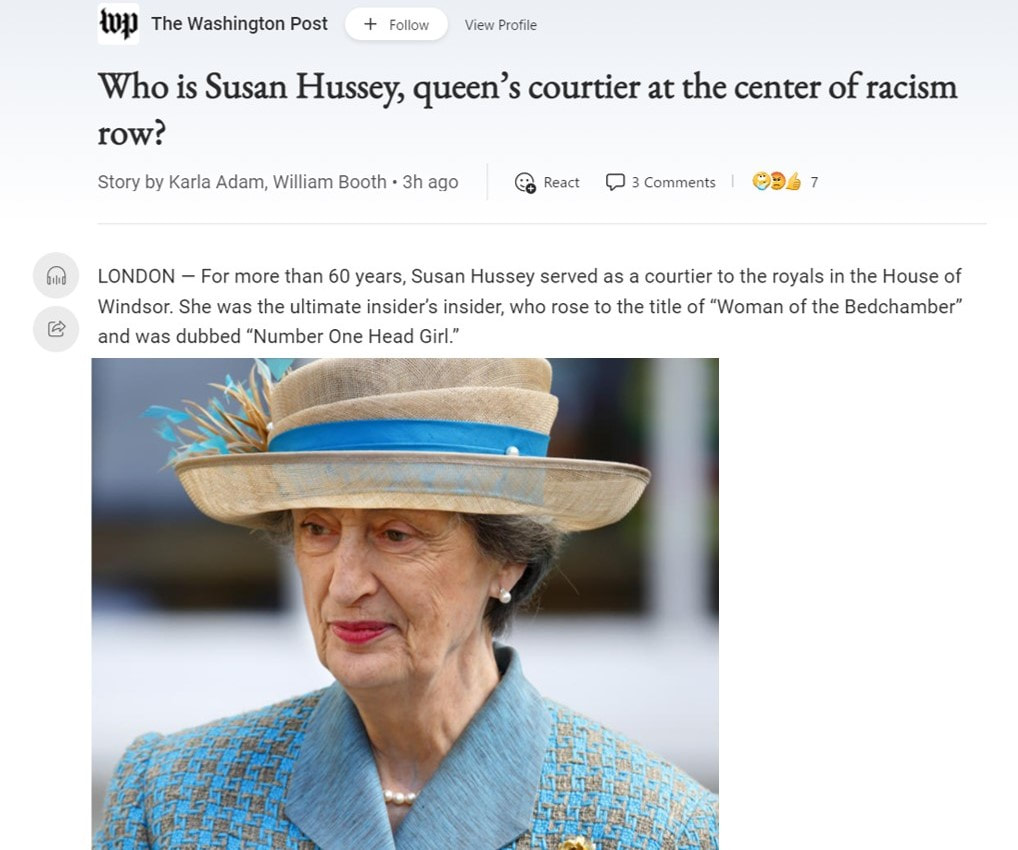 Courtier of the royal palace resigns

Buckingham Palace is full of assistants, courtiers, ladies in waiting, and companions. For some, these titles, are one and the same; but each can have specific duties and responsibilities when working for the royal family.

Recently, a courtier with 60 years of experience working for the royal family had to resign for inappropriate comments made at Buckingham Palace. Susan Hussy served at the "Woman of the Bedchamber" and also had the title of "Number-one Head Girl."

What did the royal courtier do that was so wrong?

According to multiple reports, the royal courtier offended someone's ethnic heritage. This event comes at a bad time, and it's especially hurtful given the fact that Lady Susan was Queen Elizabeth's closest confidante and is the godmother of Prince William.

​Hussy was the queens longest-ever lady-in-waiting and was thought by most to be the favorite, which essentially made her the queen's right hand.