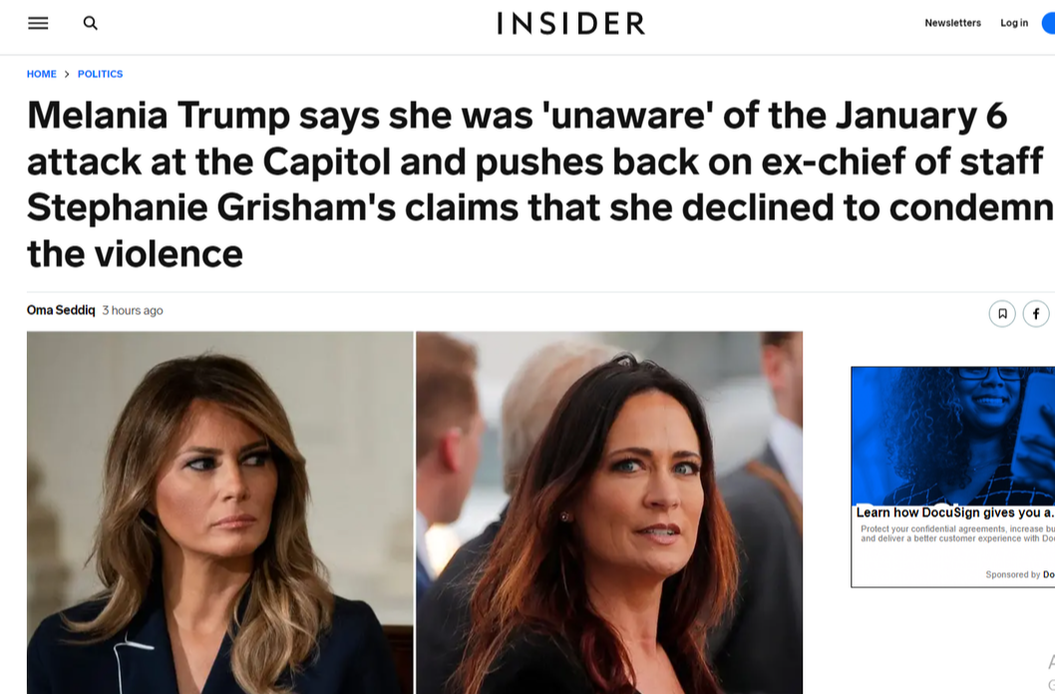 Chief of Staff to a Melania Trump

In most cases, when private service staff work for high-net-worth families and celebrities, they are bound by non-disclosure agreements; but the former COS to the First Lady has spoken out. It really seems to be a case of one person's word over another because there is nobody else to break the tie.

Melania said that she was unaware of the riot, and Grisham says the First Lady didn't act. It should be mentioned that in an interview with Fox News, Mrs. Trump said that she always condemns violence. Now it seems that both Donald Trump and the first lady are accused of being complicit during the capital riots.

What is it like to be a chief of staff to a wealthy family?

The quick answer is that it depends on who you work for. Any high-profile celebrity or billionaire that has a lot of domestic staff to be managed will have a COS.

Simply put, the wealthy the family, the more homes they have, the more complicated it gets. The chief of Staff is like the CEO of the staffing operation. It's good to have strong department leaders in the various areas of the home: Head chef, Executive housekeeper, etc.

If the Chief of Staff is managing several homes globally, then a House Manager will be in charge of each location while the COS is away.