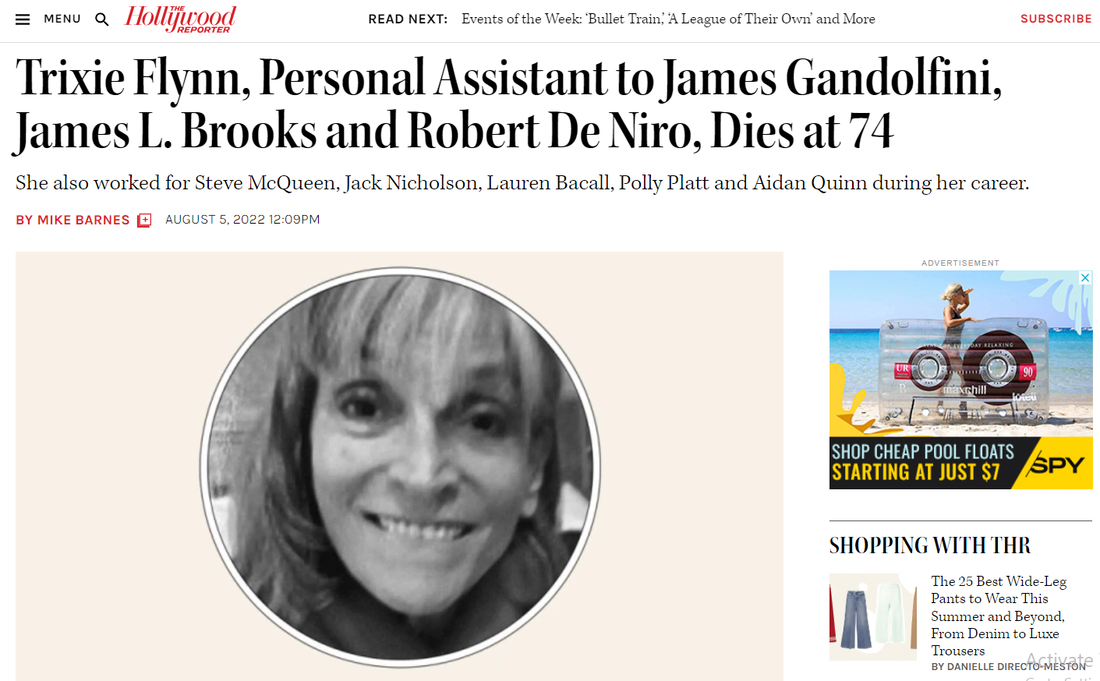 A famous celebrity assistant in Hollywood makes her mark

Trixie Flynn, who was a legendary celebrity assistant to such Hollywood stars as Steve McQueen, Jack Nicholson, Robert De Niro and Lauren Bacall, has died at 74 years old. The Hollywood Reporter wrote that Flynn's son, Seamus M. Bourne, said his mother passed away from respiratory failure.

While many celebrity assistants are a "flash in the pan" and just work for A-listers for a year or two, Flynn spent 12 years working for James Gandolfini alone. She was even an assistant producer with the A-list actor on the HBO documentary, which is proof positive that some assistants are incredibly valuable to the celebrities they support. In fact, Flynn was even named as a beneficiary in Gandolfini's will.

The life of a celebrity assistant to Hollywood stars

Flynn moved to Los Angeles in the 1960s, where she eventually met legendary actor Steve McQueen. After working with McQueen, she was eventually recruited by another Hollywood legend, Jack Nicholson. If that wasn't impressive by itself, Flynn became a celebrity PA once again by working for yet another icon, Robert De Niro, who reportedly called her "indispensable."

Some of Flynn's other gigs included assisting Lauren Bacall and Aiden Quinn, who of course were staples of the silver screen in their own right.